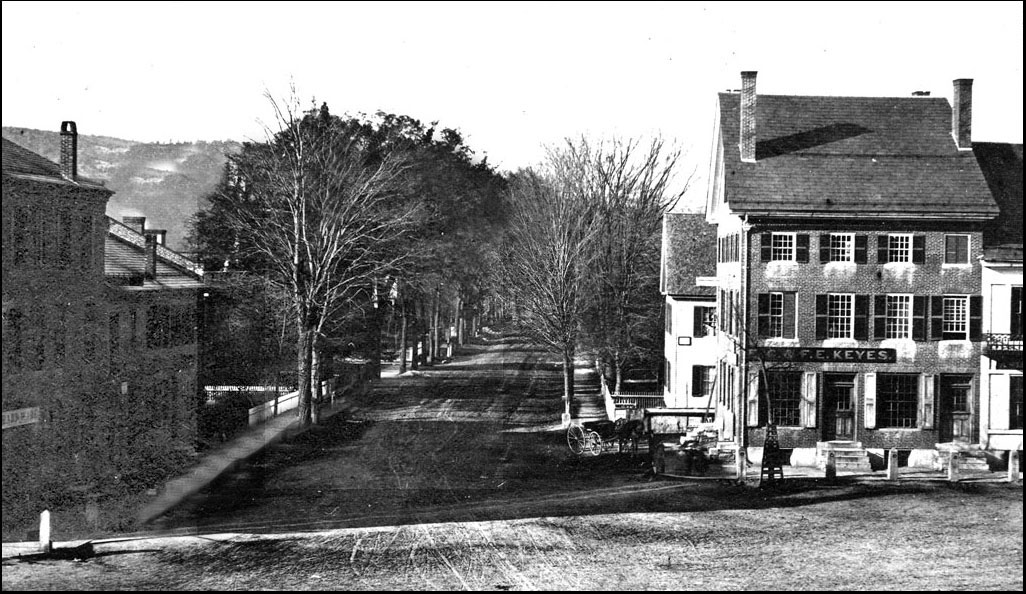 Try to find the date or year when this image was made.
Thanks for contributing!
TITLE
West Street and Central Square, Keene, NH

DESCRIPTION
Postcard of the intersection of West Street and Central Square, located in Keene New Hampshire. First called Piety Lane and then Pleasant Street, West was also known at one time as Mill Street, probably due to the extensive area covered by Faulkner & Colony Mfg. Co. Laid out about 1740, this early route left Main Street and then turned northwesterly across house lots now on the south side of West Street and entered the present West at the corner of School Street. It passed "Maccany Plain", on which West Keene is built, in its course over West Hill to Chesterfield.
The building on the corner was erected in 1832 by Elbridge Keyes and Joshua Colony as a grocery store. It moved in 1895 to the Cheshire House block.