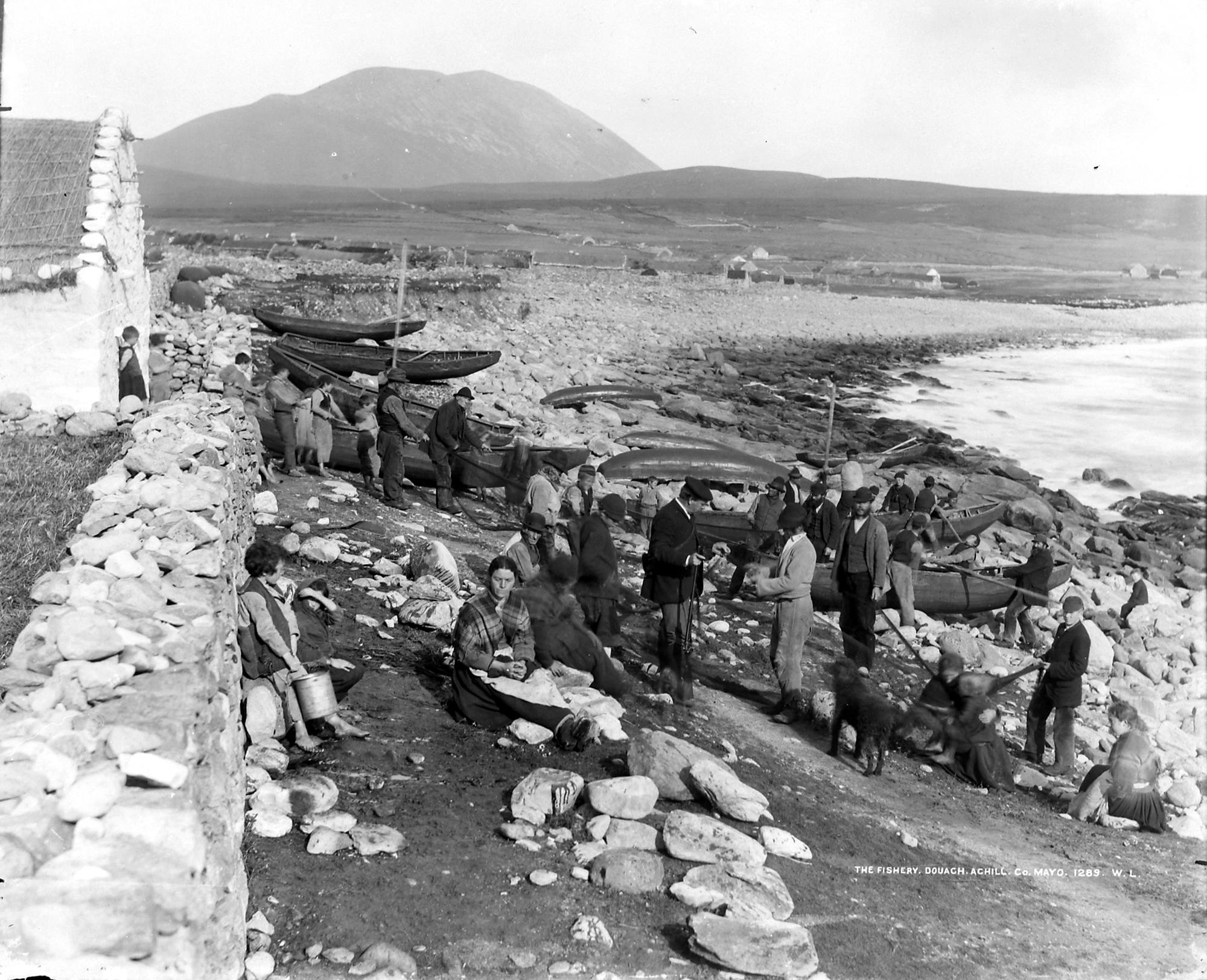 Try to find the date or year when this image was made.
Thanks for contributing!
A scene from a beach, apparently in Achill, where the locals are gathered with tins, buckets, boats and nets. What is really unusual and demands some explanation is the man inspecting the nets while holding a gun? (Incidentally this is the first time I can recall uploading an "Imperial" sized image to this stream. I shall have to study it carefully to see the difference such a significant size will make.)

We are on Dooagh Beach, thanks Niall McAuley I think we can understand that the peopel we see had a hard existence, it is nice to see some of them playfully pose for the camera. BeachcomberAustralia provides a piece from the magnificent Trove website curated by our friends from The National Library of Australia where we see Michael Davitt pleading for the building of Piers and Harbours for the fishermen in the area, Davitt argues that at little expense the construction would save uncounted lives and increase fishing productivity. There is evidence of a small pier in the streetview, I wonder how long after this photo it was built?