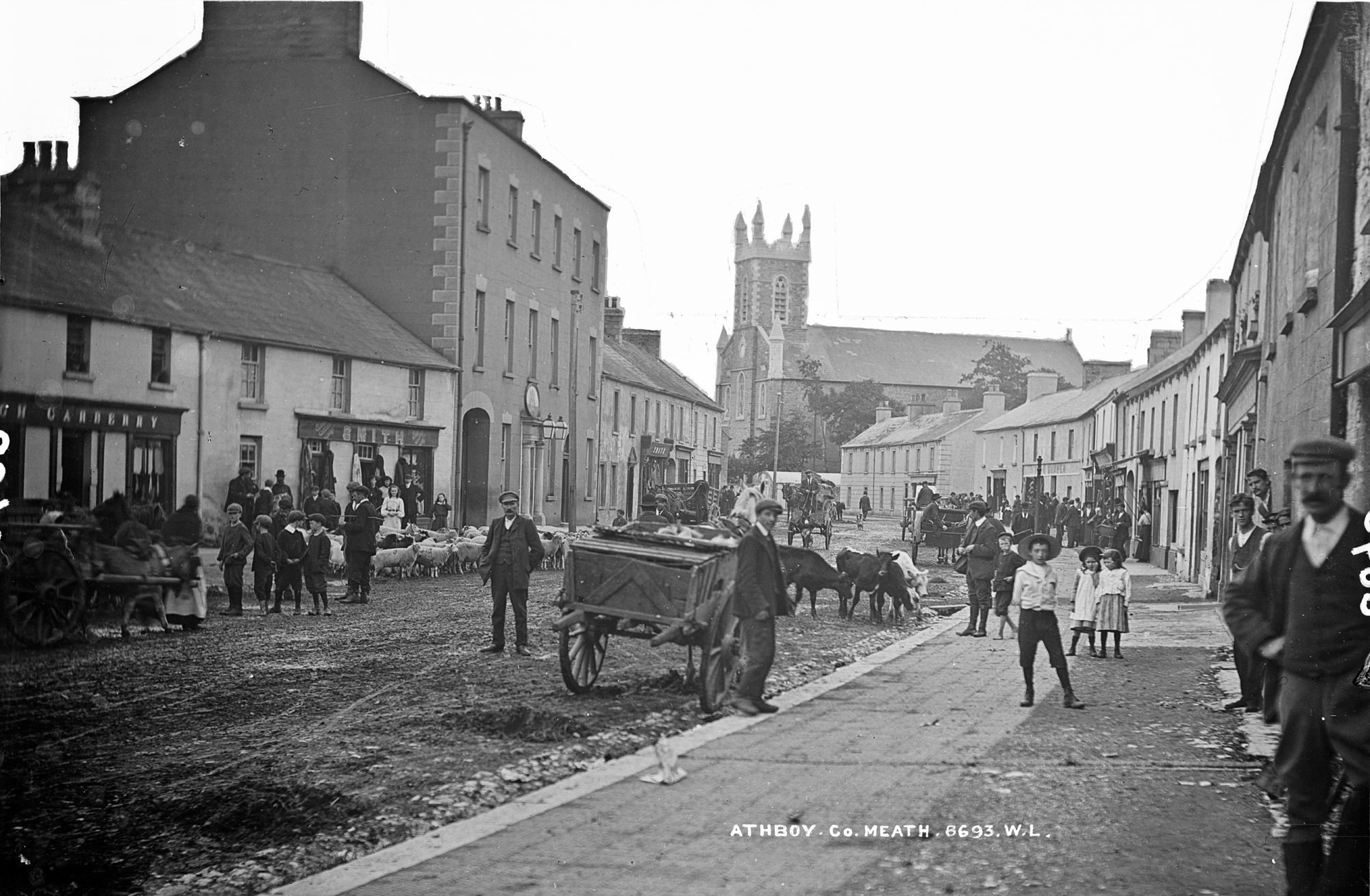 Try to find the date or year when this image was made.
Thanks for contributing!
We begin the week with a scene from the town of Athboy in the north of Royal Meath. Here it is dominated by its COI church tower, with the other end of the town marked by a castle built by Hugh deLacy. A market is in full swing - waking the town from its slumbers!