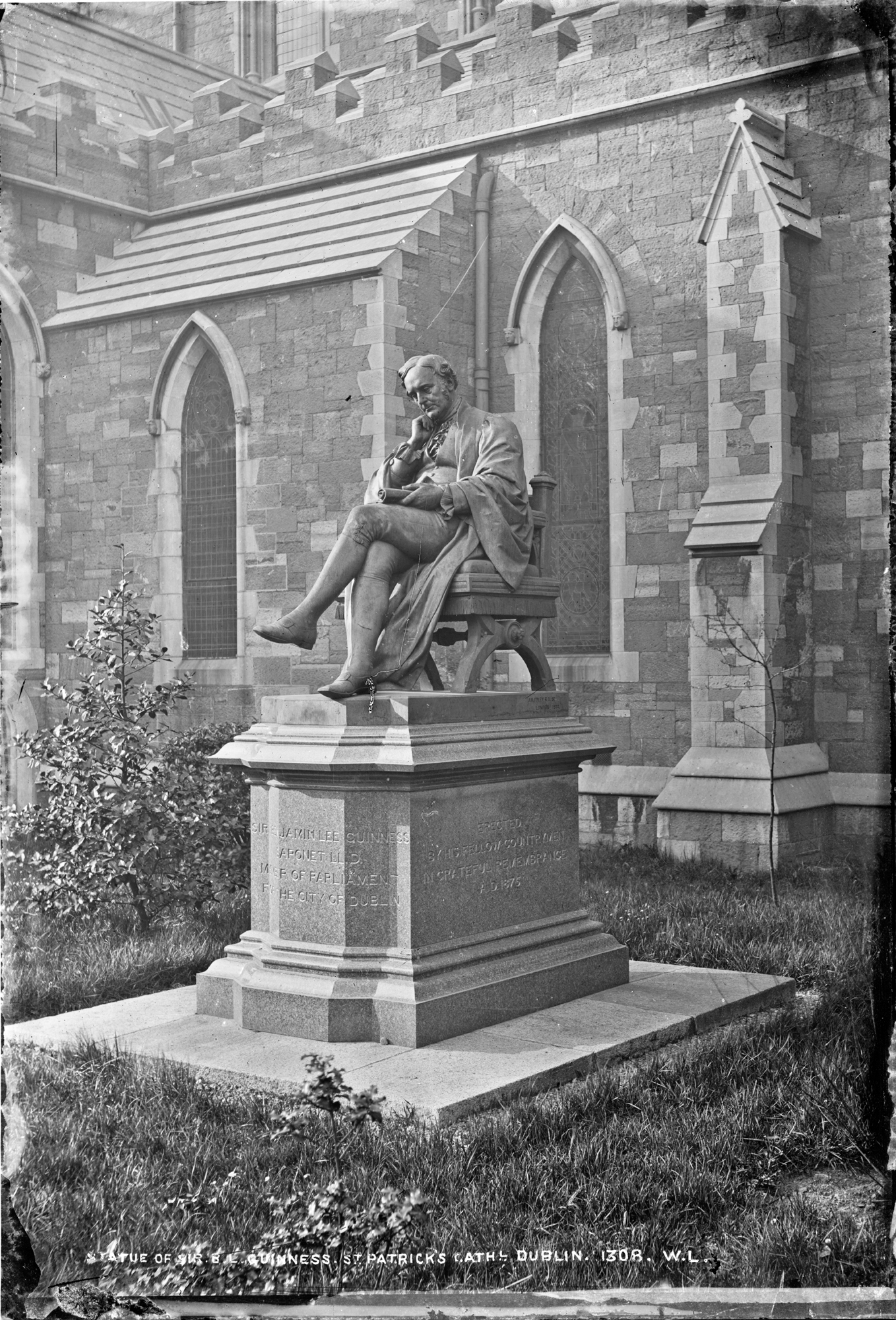 Try to find the date or year when this image was made.
Thanks for contributing!
A statue of a man in tights should get us off to a good start today? I have seen this statue of Sir B L Guinness many times but never paid much heed to. It will be nice to research him and see what his claim to fame may have been.

While acknowledging that there is much more to him, oaktree_brian_1976 offers a summary of "the beer dude" :) As per the detail provided by B-59, BultacoFan, beachcomber, and Niall McAuley we learn that Benjamin Guinness (1798–1868) was a brewer and philanthropist, and that he contributed to the restoration (reconstruction?) of the cathedral where this status stands. The sculptor was John Hogan (1800–1858), whose works we have come across quite a few times before....