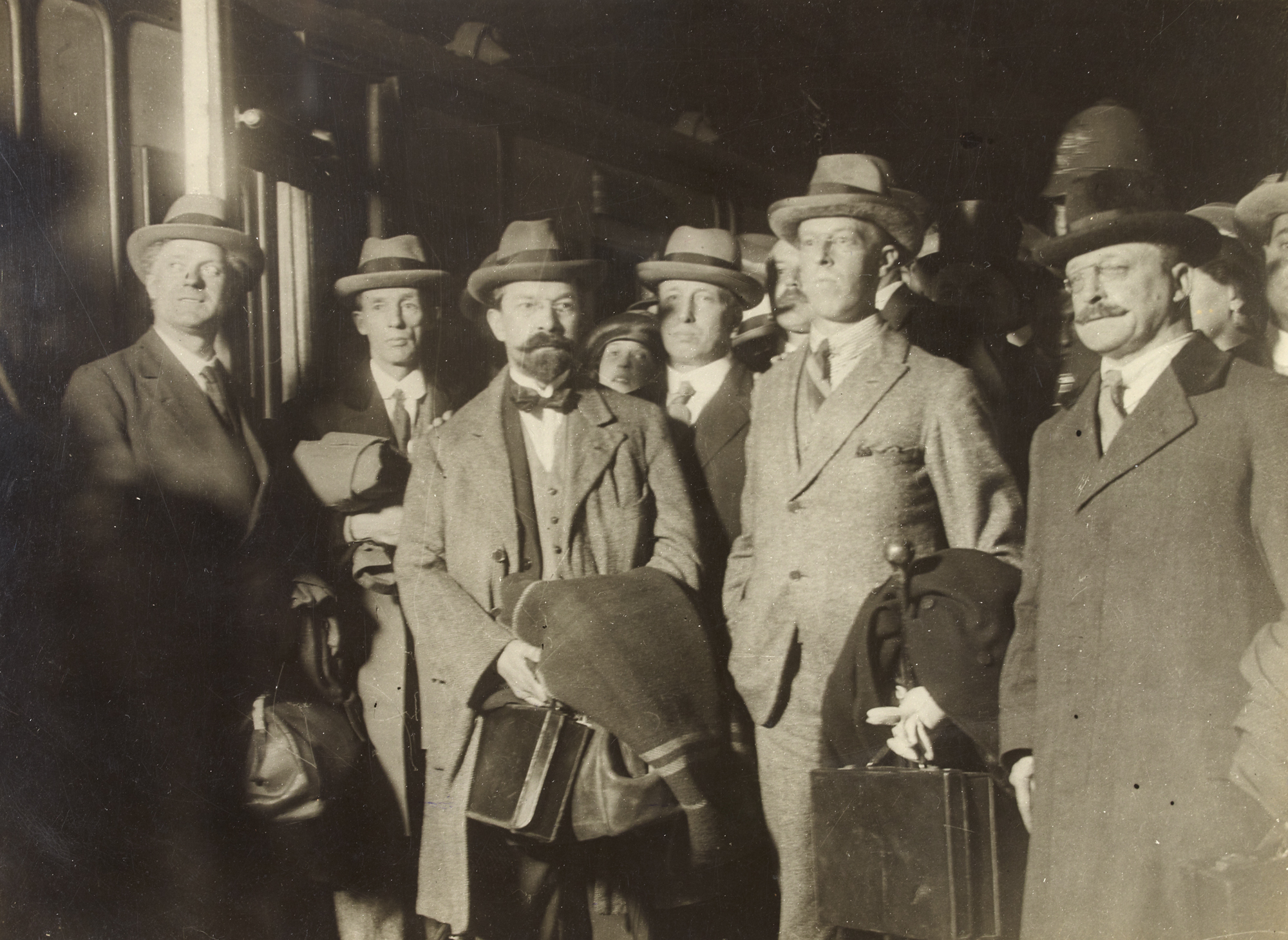 Try to find the date or year when this image was made.
Thanks for contributing!
From buildings, monuments and bridges to bridge builders today. Some of the negotiating team sent to London to broker peace with the British Government. That date looks all wrong?

The date was indeed wrong! Arthur Griffith had passed away by the stated date (9 December 1922). Late in the day Niall McAuley seems to have solved the problem by linking us to the a site which states that the correct date is December 1921. The photo was more than likely taken during the return trip from London - after signing the Anglo Irish Treaty on 6 December 1921.

Thank you for all the contributions.