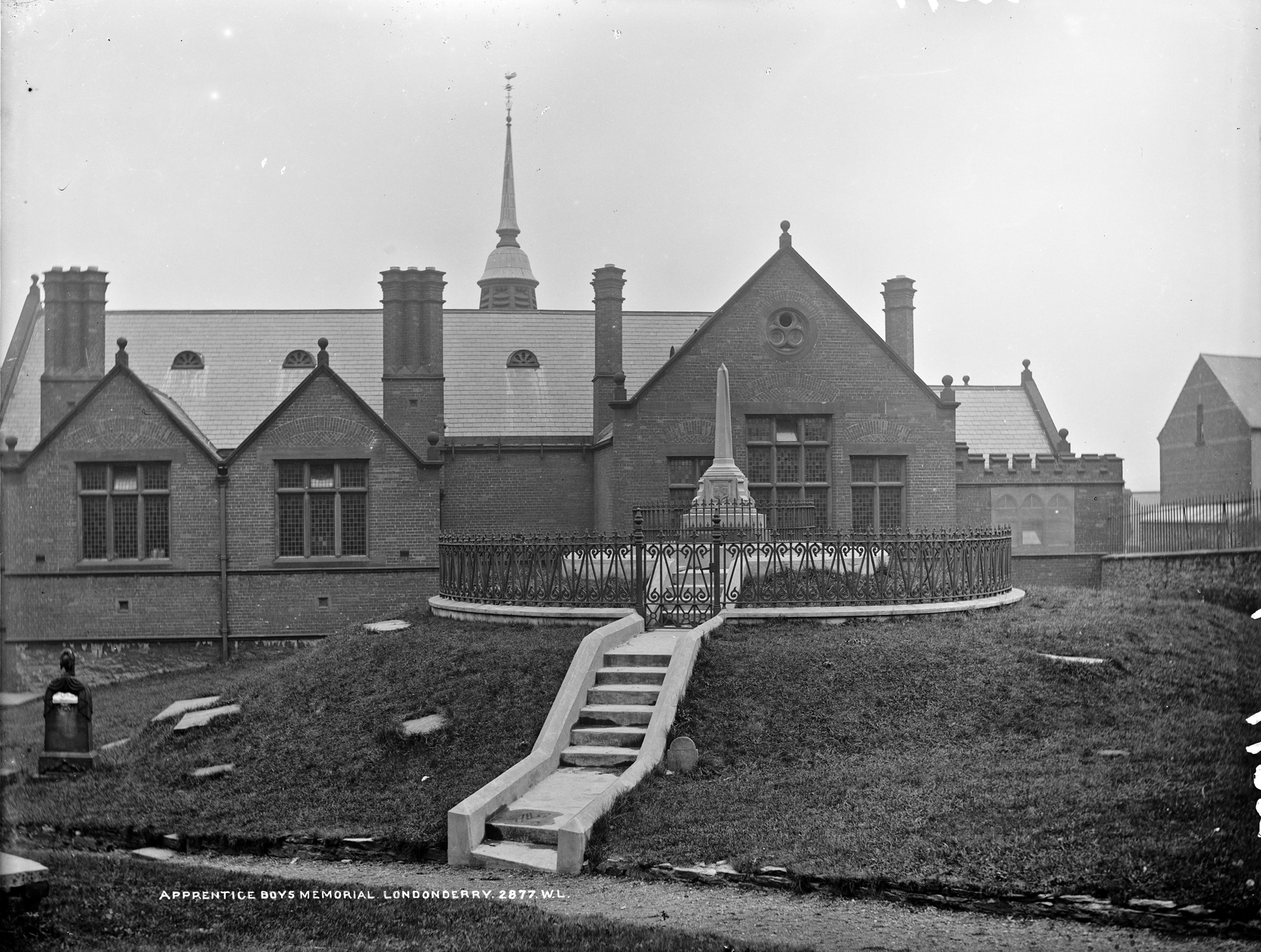 Try to find the date or year when this image was made.
Thanks for contributing!
Today we move from the far south of Waterford to the far north of Derry and a memorial to the Apprentice Boys there. A surprisingly modest memorial to such an historically important group.

This shot from Derry/Londonderry didn't arouse a lot of interest today, but it appears that the memorial is not so much to the Apprentice Boys themselves as it is to the unknown people interred in a mass grave near St. Columbs Cathedral following the siege. Swordscookie found an account of where the bones of those interred were being taken to be dumped into land reclamation at the river and local people objected. The remains were then taken back to the cathedral and interred in the "Heroes Mound" The correct title for this image might rightly be "The Heroes Mound Memorial"?