Reflection of a Dredger for Mr. Friel of Newtown 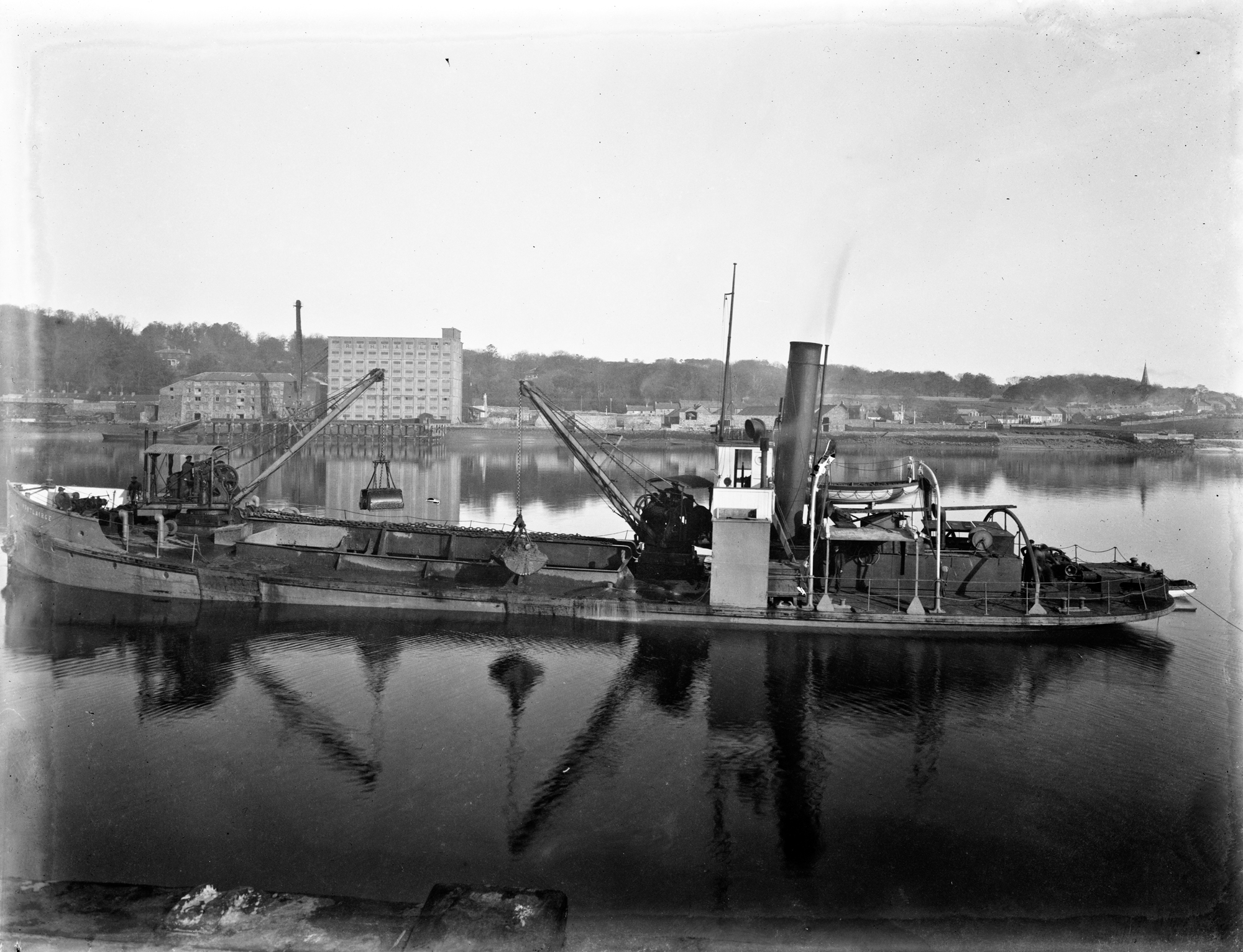 Try to find the date or year when this image was made.
Thanks for contributing!
A Poole commission for a Mr. Friel of Newtown shows a dredger on a river during a flat calm. If it is in Waterford, which we suspect it is, then this would have been at the top of the tide and close to the quays?

With confirmation (never really in doubt) that this is Waterford's quays, and with a relatively likely date range, the main unknowns here were the subject of the photo (the steam ship) and the person who commissioned the image. The latter, Mr William Friel, was apparently the engineer of the Waterford Harbour Commissioners. And, not only did he commission this image of the vessel, he effectively commissioned the ship itself. The SS Portlairge was seemingly commissioned in 1907, and built by the Dublin Dockyward Company - with supervision from Mr Friel. Operating in the port for more than 70 years, it was one of the longest serving stream dredgers anywhere on these islands. While there were apparently plans to use it as a museum ship, its hulk lies in the shallows "just around the corner" from the harbour in which it worked for so long - in Bannow Bay.