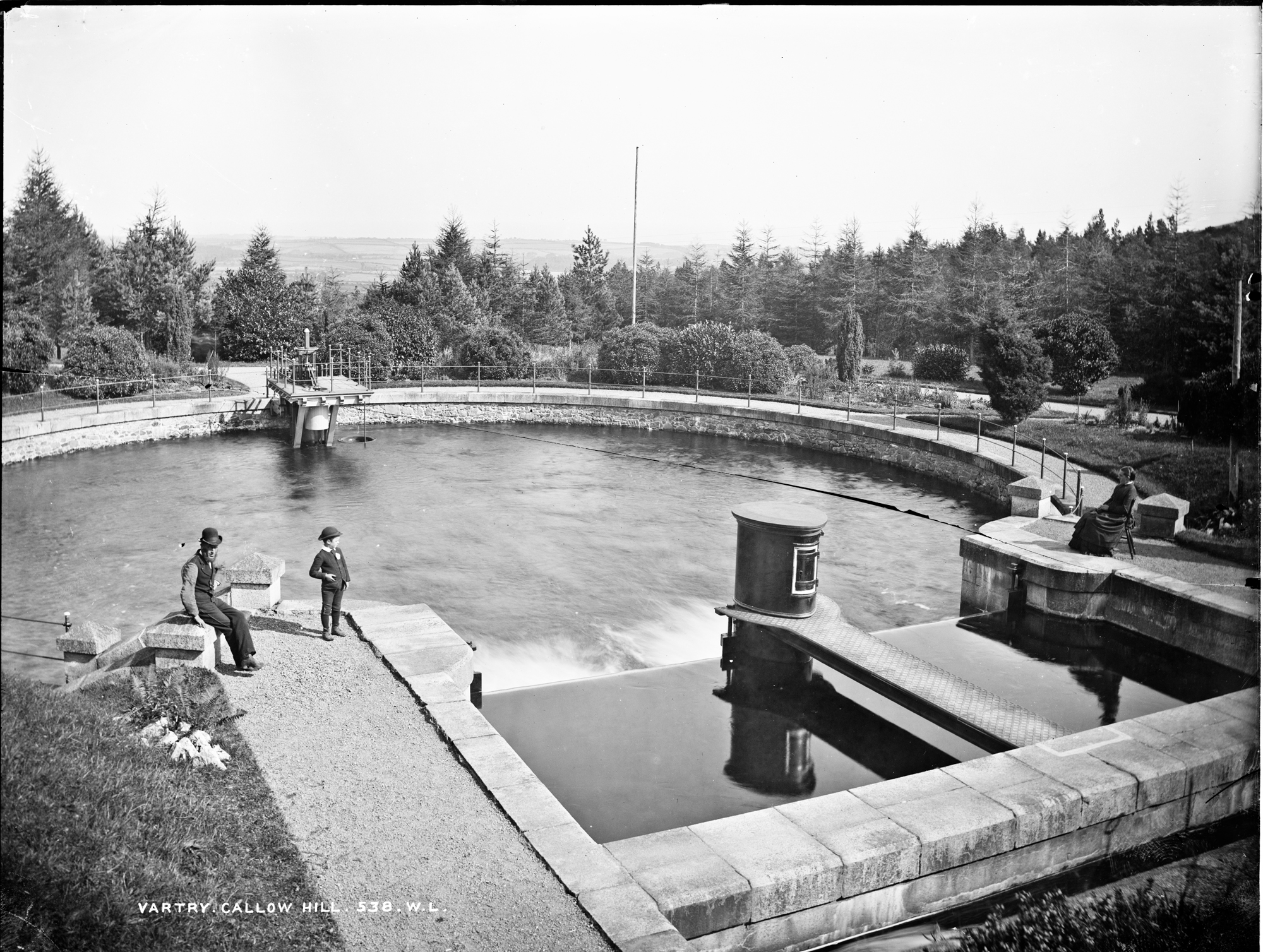 Try to find the date or year when this image was made.
Thanks for contributing!
Having assumed that yesterday's "location unknown" image would keep everyone busy for a few days (how wrong I was), I hadn't really prepared anything for today. And hence have not taken the time to investigate the background to today's offering. Presumably however the "Vartry" reference in the image connects it with the Vartry reservoir and water works of the mid-19th century....

Based on extensive inputs from abandoned railways, sharon.corbet, BeachcomberAustralia, O Mac and in particular Niall McAuley we learned a lot about both the inanimate and human subjects of this shot. Put simply, based on the OSI maps, similar catalogue images, census records and related publications, this tank is indeed part of the Vartry reservoir and works. Not only that, but it is 99% certain that the people pictured are Murtagh Geoghegan, Mary Geoghegan and one of their sons (Thomas, Patrick or John). This family lived at the nearby and aptly named "Tank House", with Murtagh acting as caretaker of this part of the water works. While John Gray was commemorated with a statue on O'Connell Street for his efforts in bringing fresh water and improved conditions to Dublin's citizens, we're delighted to acknowledge the contribution of the Geoghegan family ourselves today :)