Horses, hairdos and hats (aka "the real McCoy") 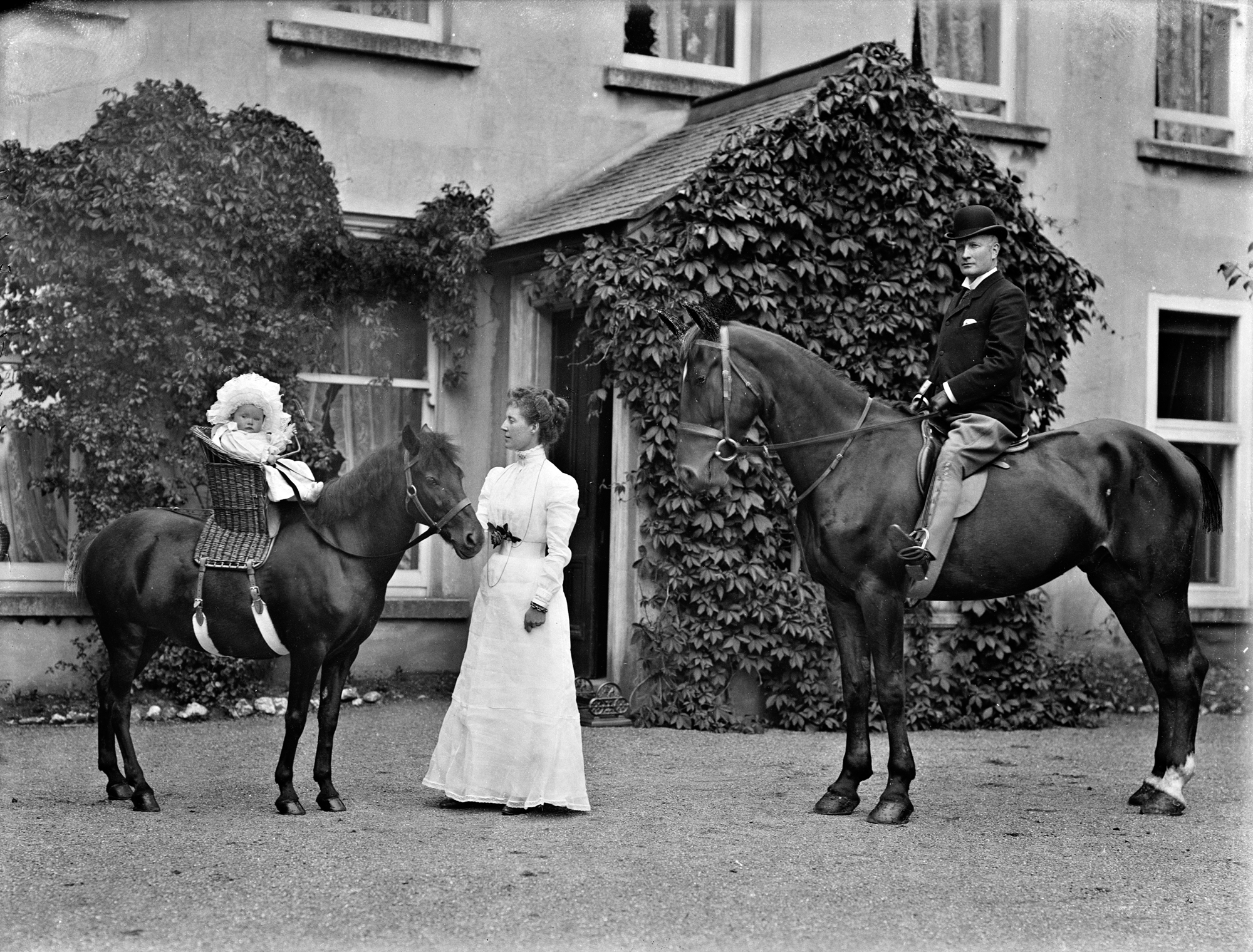 Try to find the date or year when this image was made.
Thanks for contributing!
Staying with Poole for the last shot of the week we have a Mr McCoy and his family with pony and horse. In this instance the fabulous hat is on the baby rather than on the mother but what a hat it is. We especially love the basket saddle(?) for the baby...

The background to this image was a little challenging at times to identify - making it all the sweeter however when several moments of inspiration from sharon.corbet made for a fairly firm theory on the subjects, location and date of this image. The comments for this one will make for interesting reading on the investigative process involved, but - in short - there is firm consensus that the "real McCoy" here is Archibald S McCoy (solicitor), with his wife Mary Helen, and baby also named Mary Helen. The "John Shiel" mentioned in the catalogue notes is established to be in fact "John's Hill", where the family were living at the time of the photo. The date (established by location and most importantly age of the infant) is likely c.1901 - when the family were living in a house very much like this one (and likely this particular one given similarities) during the 1901 census.

Massive kudos and thanks are due to all who contributed - but in particular to sharon....