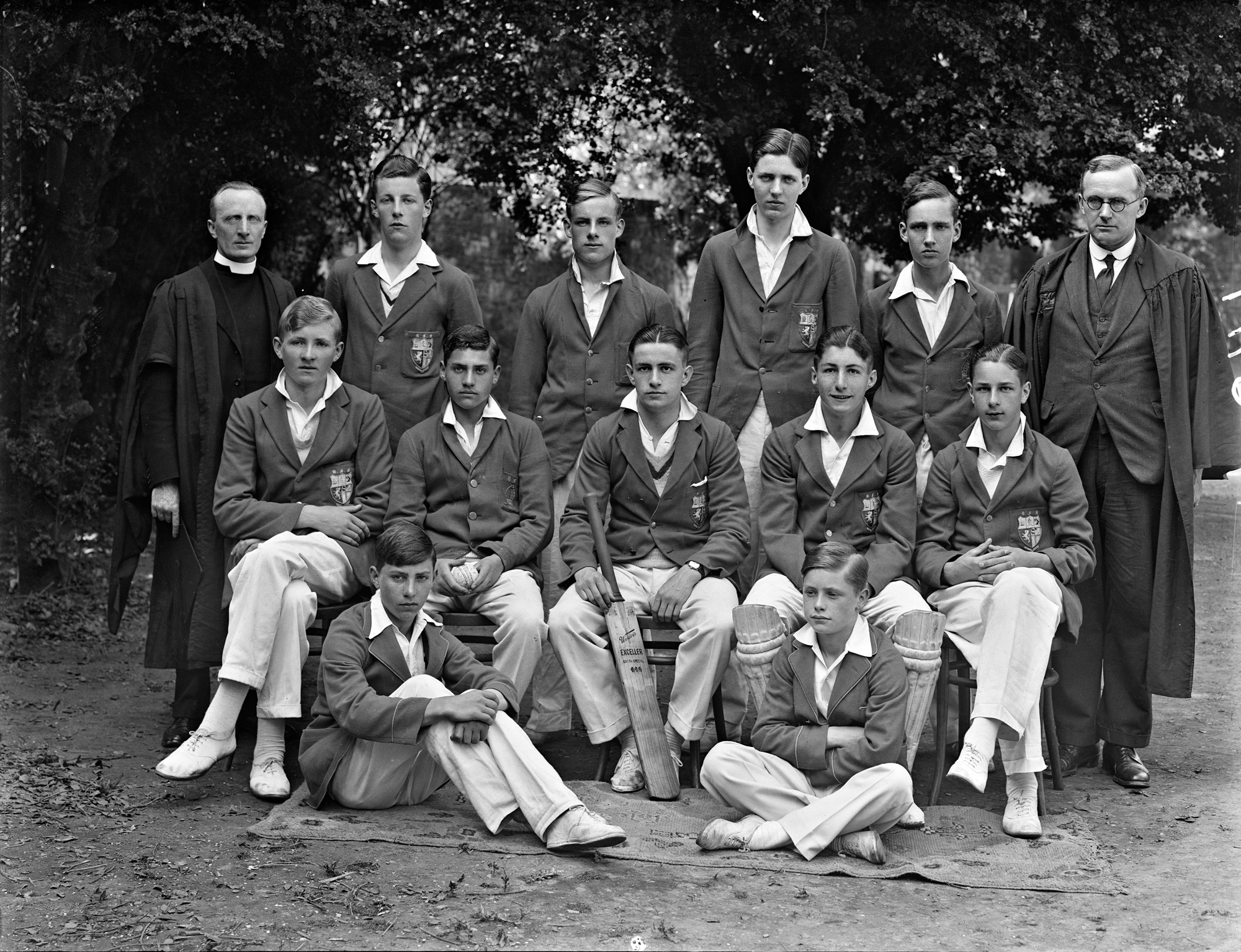 Try to find the date or year when this image was made.
Thanks for contributing!
A cricket eleven of likely young men with the appearance of education, privilege and a great future ahead of them. Given the date of the shot the possibility of them being involved in the war that was to come in 1939 must have been very high? Who was Bishop Foy and who were these handsome young men?
This will be the last from the Poole collection for the rest of the week.

Many thanks to the "usual suspects" Niall McAuley, Beachcomber, DannyM8 and Dunlaoghaire Michael for their help on this.
We learned that the Bishop Foy school was founded back in the late 1600's early 1700's by - would you believe - Bishop Foy. He wanted to help educate poor Protestant boys at a time when such education was not generally available! The school was funded by rents from lands acquired by the Bishop and it went through good and bad times and was eventually closed down in 1967. The Reverend gentleman in the photograph was "Frederick Wilfrid Seymour MA who was headmaster of the Bishop Foy school from 1915 to 1932, around the time when this photograph was taken!