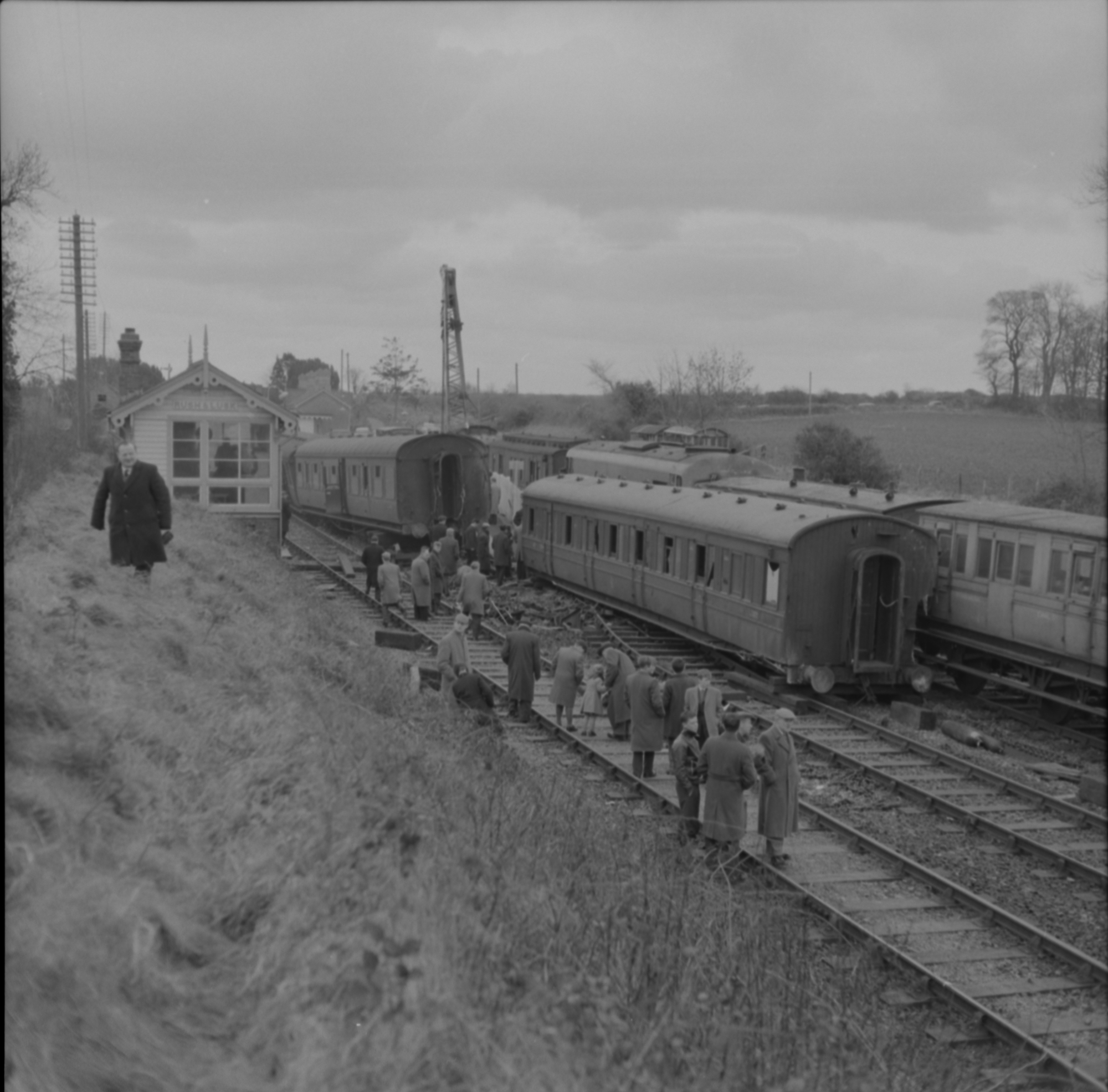 Try to find the date or year when this image was made.
Thanks for contributing!
Giving the Poole collection a (well deserved) break for a while, we return today to the O'Dea collection. This shot captures some seemingly dramatic events. Whether because of the conditions at the time of the capture, or later in the digitising process, this O'Dea image seems uncharacteristically dull (likely unavoidable given the immediate nature of the subject).

With thanks to today's contributors, we learned that no-one was badly injured in the accident which occurred in January 1963. We were similarly delighted and surprised to see additional footage and read the investigators report. Thanks as usual to the amazing community for all the great input...