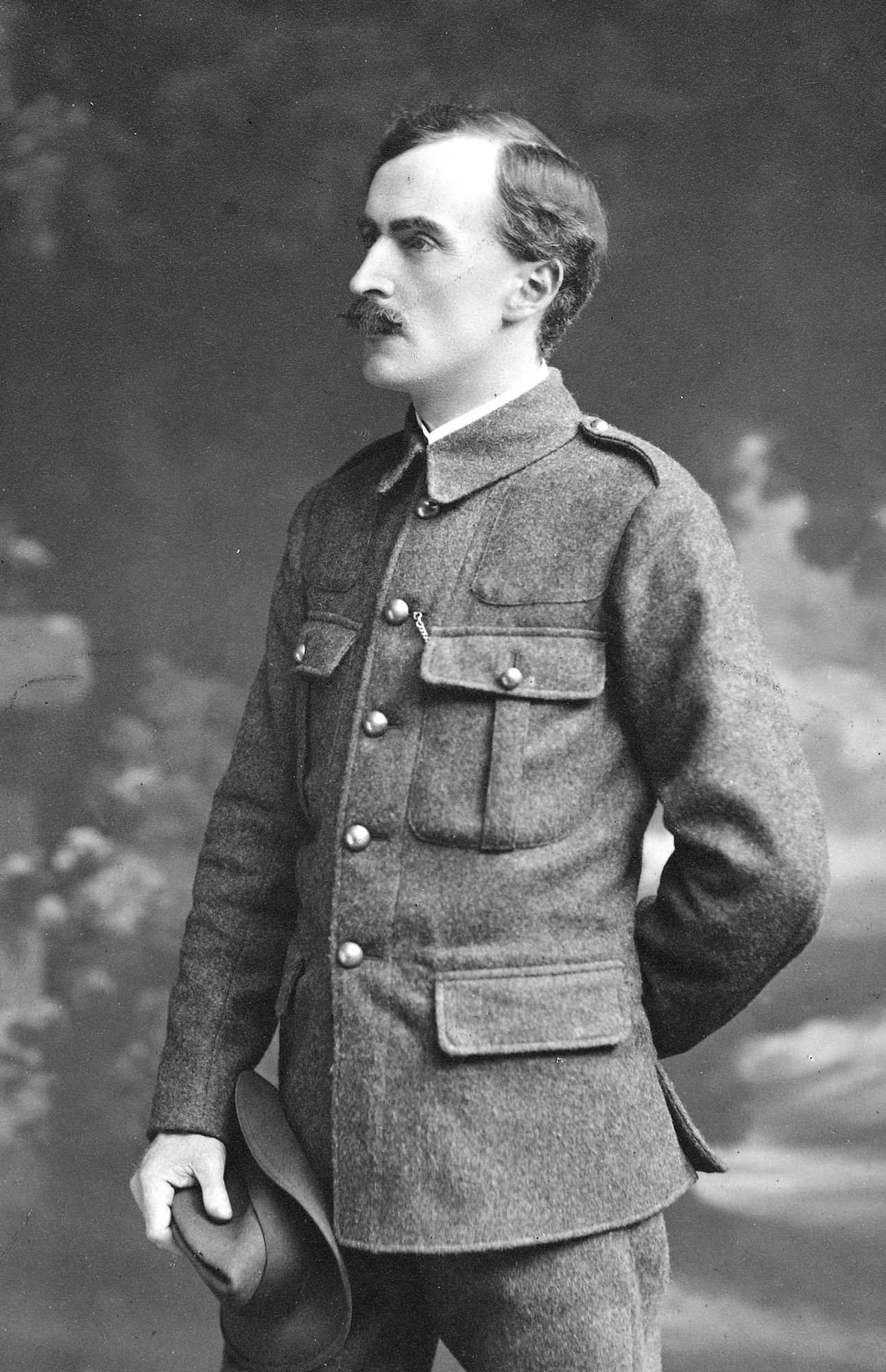 Try to find the date or year when this image was made.
Thanks for contributing!
The O'Rahilly! The name for a generation of Irish children generated images of a dashing, courageous and heroic figure cut down in his prime as he fought in 1916. Beyond that few knew any more about him and for many this would be the first time they actually saw a photograph of him, It would be interesting to read more about him?

As the contributors on this image point-out, this is unequivocally an image of Michael Joseph O'Rahilly (1875–1916), seemingly captured of him in the uniform of the Irish Volunteers. Attributed to the Lafayette Studio in Dublin (who either took the original image or made a copy), the general consensus is that this photograph was perhaps taken during or after 1913 (formation of the Irish Volunteers) and certainly before April 1916 (death during Easter Rising).....