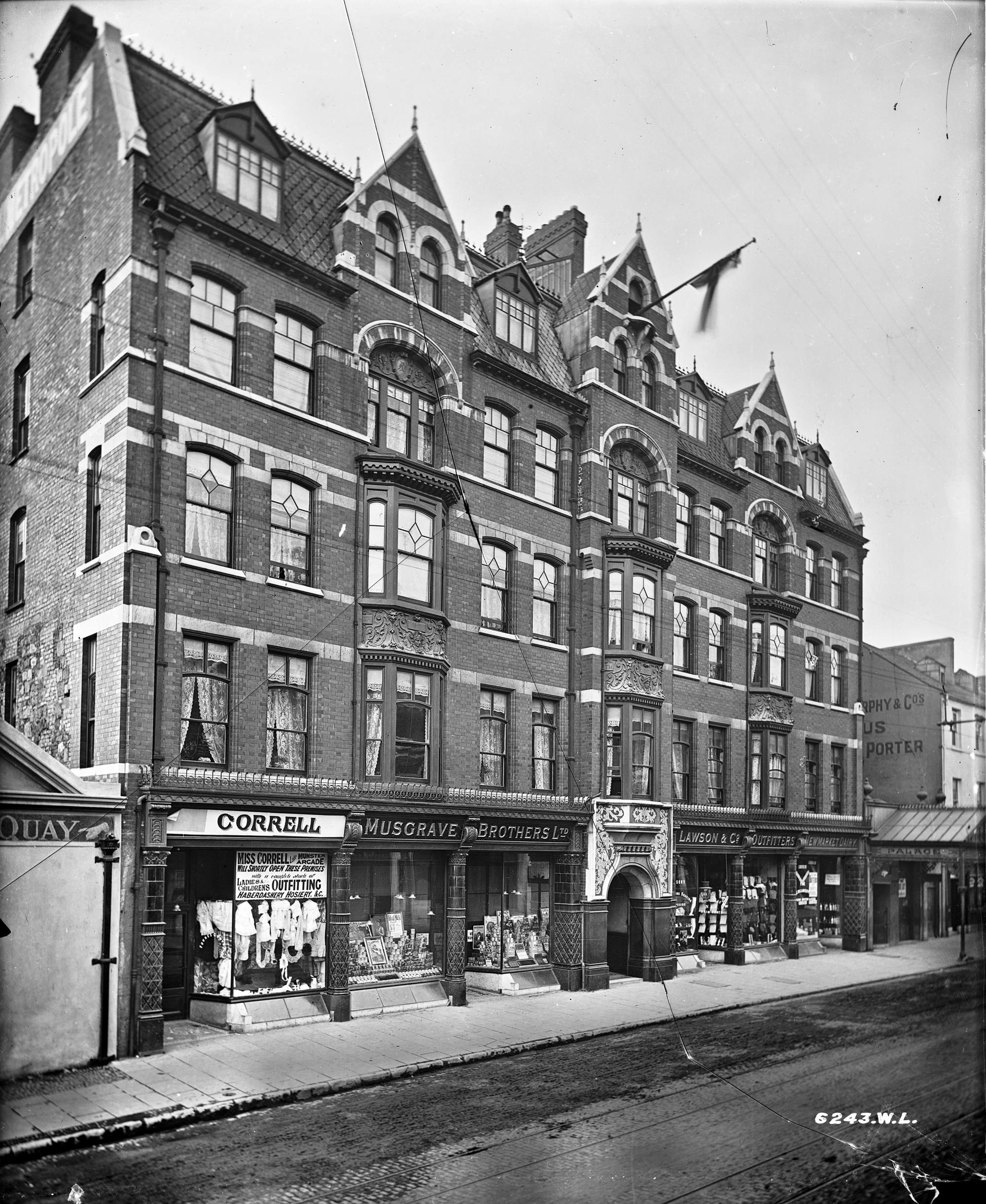 Try to find the date or year when this image was made.
Thanks for contributing!
This Wednesday we take a trip south to the City of Cork. Have you ever wondered what the word Metropole actually means? We have seen hotels in Dublin and now Cork using it. Well wonder no more I have found that "The Metropole" is the British metropolitan center of the British Empire; i.e., the United Kingdom itself. It is sometimes used even more specifically to refer to London as the metropole of the British Empire. Wikipedia

Our friend guliolopez (who always seems to miss the Cork related photos) will know the answer to the following question, are the Musgrave Brothers we see here the same Musgraves which established Centra and Supervalu the biggest retail operators in Ireland?