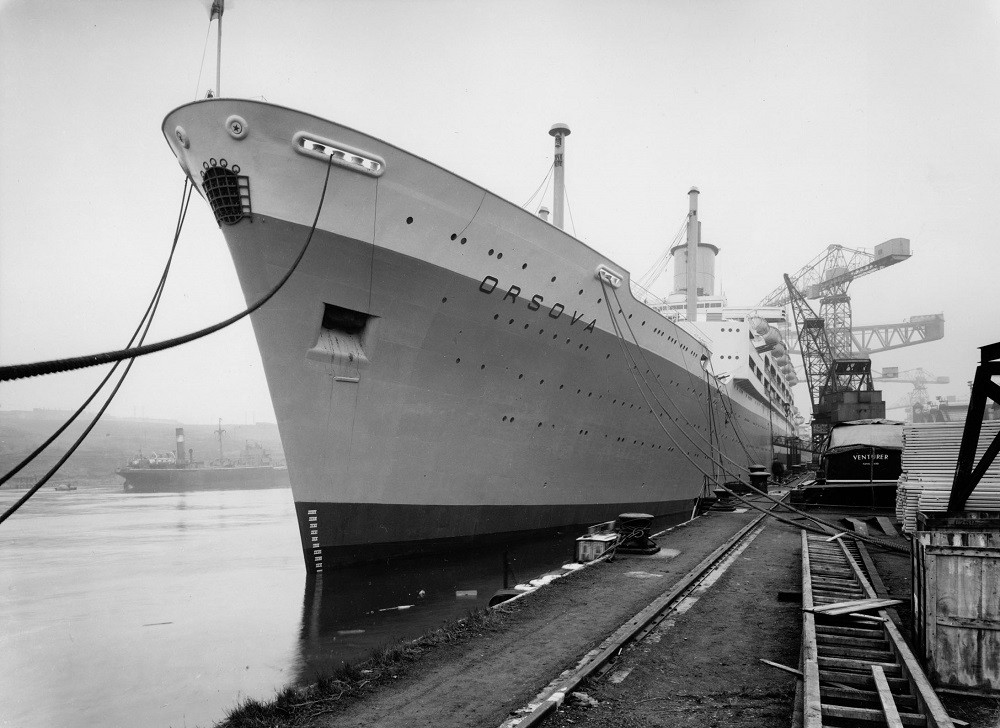 Try to find the date or year when this image was made.
Thanks for contributing!
Bow view of the passenger liner 'Orsova' at the Walker Naval Yard for a refit, 1960.(TWAM ref. DS.VA/9/PH/13/3). She was launched at the Barrow shipyard of Vickers Armstrongs on 14 May 1953.