Where Meath meets Wicklow - The Earl of Meath's house in Kilruddery. 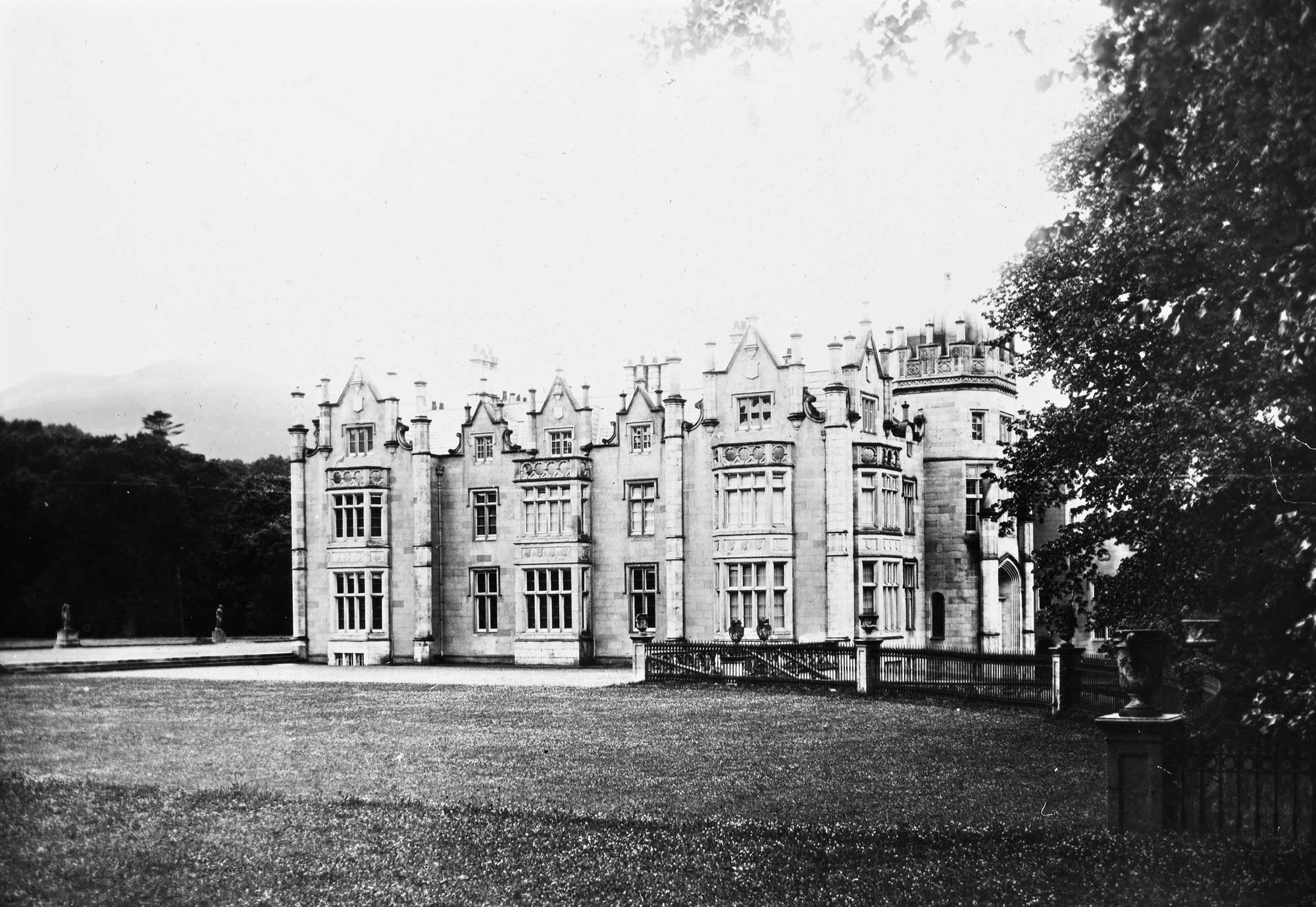 Try to find the date or year when this image was made.
Thanks for contributing!
Good morning all and welcome back after the May weekend (here in Ireland) at least! The sun shone, we've had our summer and now we can settle back to three months of steady rain. This Mason shot of the Earl of Meath's house in Kilruddery seems to be almost as attractive as the lovely part of Wicklow in which it is located....

With thanks in particular today to BeachcomberAustralia we learned that the foundations of Kilruddery House derive from 17th century works by second Earl of Meath. The structure we see here however dates to significant 19th century revelopment by his ancestor, John Brabazon, 10th Earl of Meath. The Earls weren't finished however, and due to degradation and rot, much of the righthand side of this structure (as we see it here) was demolished in the mid 20th century. Thankfully however much of the rest remains. And, somewhat unusually for great houses of this type in Ireland, is still maintained by the Brabazon/Meath dynasty.....