Robert Jackson, charged with loitering for the purpose of committing a felony 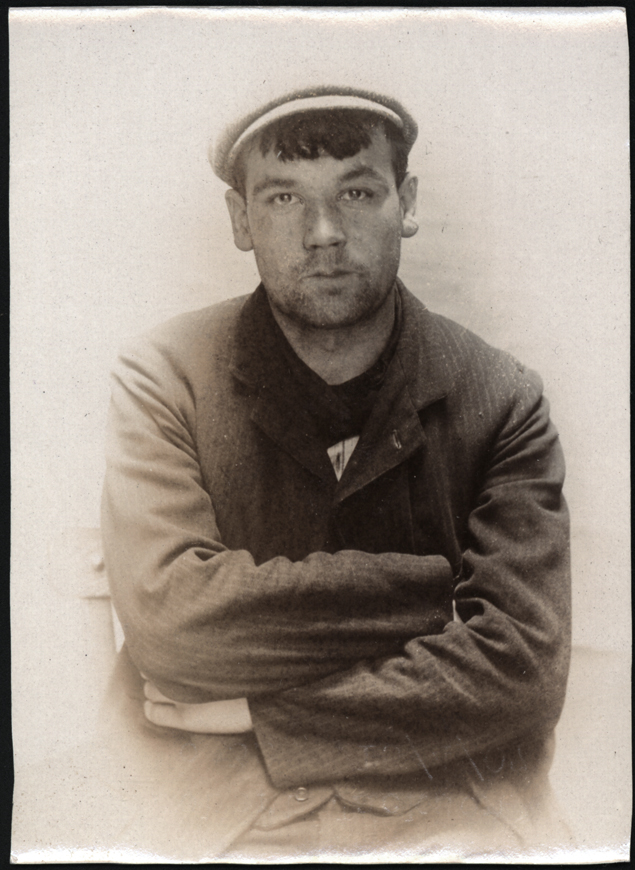 Try to find the date or year when this image was made.
Thanks for contributing!
Name: Robert Jackson
Arrested for: not given
Arrested at: North Shields Police Station
Arrested on: 15 April 1907
Tyne and Wear Archives ref: DX1388-1-105-Robert Jackson

“ROBBERY FROM THE PERSON.

At North Shields Police Court today, before Councillor J. Sanderson and Mr G.H. Stansfield, Margaret Harker, Normanby, and Janet Sanderson, Newcastle, were charged on demand with having stolen from the person of Joseph Conaty, 6d and a pot of rum on the 13th inst.

Prosecutor, who is a shipwright living at No. 2 Reed Street, stated that at 11.15 pm on the date named he was in Bedford Street, near to the Tiger Stairs, when he was accosted by the two women who asked him to go with them. They went to a room in Liddell Street and after he had given them each 1s they knocked him about, went through his pockets, and took 6d and a pot of rum. Later he was kicked downstairs by a man and upon getting outside he saw some police officers and informed them of what had occurred. PC Graham and Sergt. Wilson spoke to finding one of the women crouching in a recess in the yard of a house in Liddell Street.

Accused pleaded not guilty. The magistrates taking into consideration the fact that they had been in custody for some time, committed them only for one day.

Margaret Harker, in conjunction with Robert Jackson and Thos. Bell, were charged with loitering in Liddell Street, supposed for the purpose of committing a felony, on the 13th inst. PC Graham and Sergt. Wilson gave evidence in support of the charge. Chief Constable Huish said he had made enquiries concerning the accused and had found that they had all been convicted for larceny. Harker made her 47th appearance, Thos. Bell his 6th appearance and Jackson his 8th appearance. The last named had been imprisoned for shop-breaking and robbery with violence. The charge was stoutly denied by the accused who were each committed to prison for a month with hard labour.”