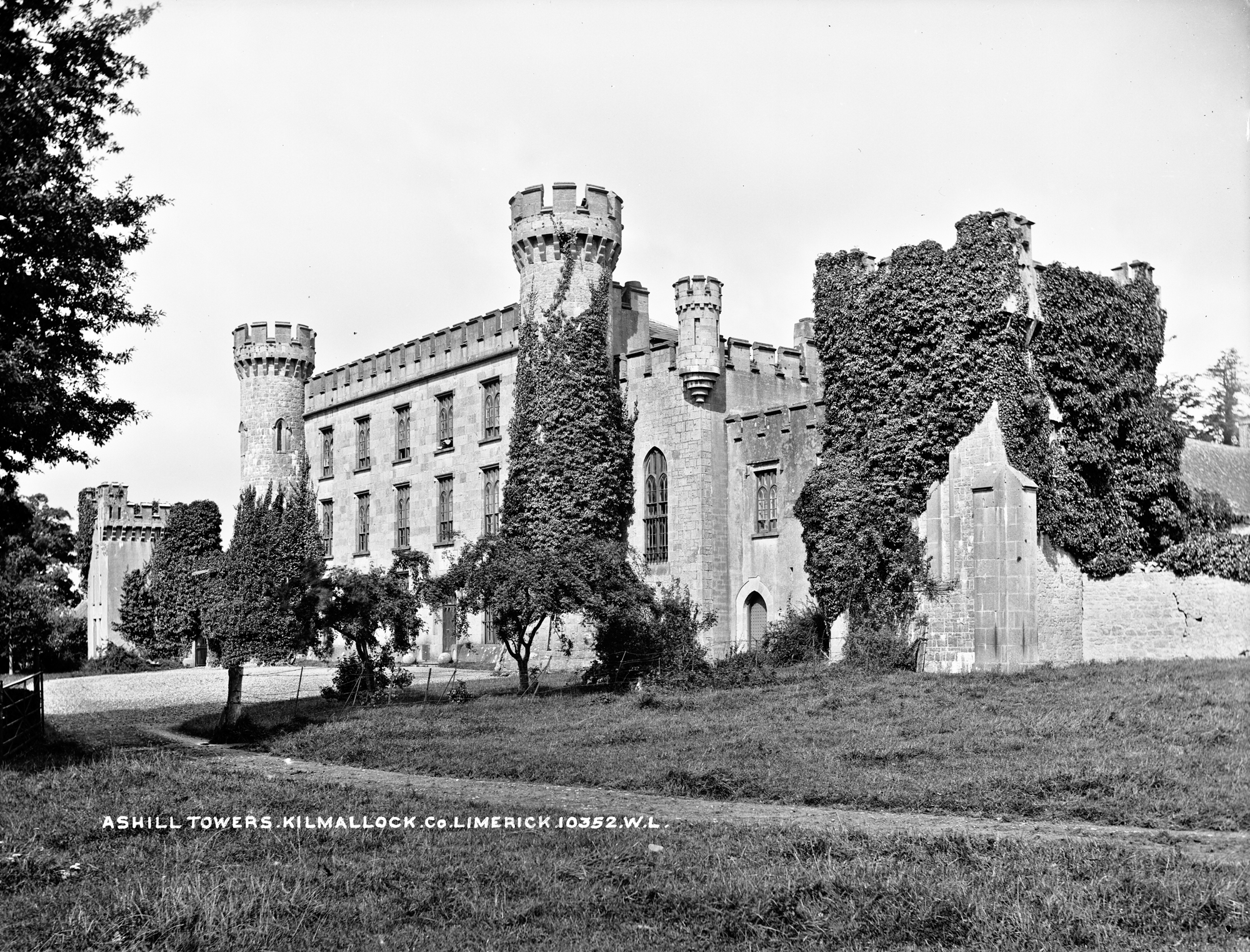 Try to find the date or year when this image was made.
Thanks for contributing!
Staying in Limerick but going down to the country town of Kilmallock and what appears an ancient castle/home nearby. Being out of doors today we will not have engravings and identifiable sculptures to assist us but the sleuthing of the Photo Detectives will no doubt make short work of that!

As the masters of the AshhillDOTcom website do a nice job of summarising the history of the place, I won't attempt to top it. That said, an intruiging snippet from this summary, as B-59 and BeachcomberAustralia note, tells us that "due to excessive rates [..] some parts of the house, including the towers, were removed in the early 1960s". Today's contributors (as well as indulging some horsey tangents :) ) also tell us that the house was built and owned by the Coote family in the 18th century, passed through the Evans and Weldons in the 19th century, before being ultimately bought by Mrs Johnson in the 20th century. It's fantastic to see such a grand building still in use as a home. And B&B....