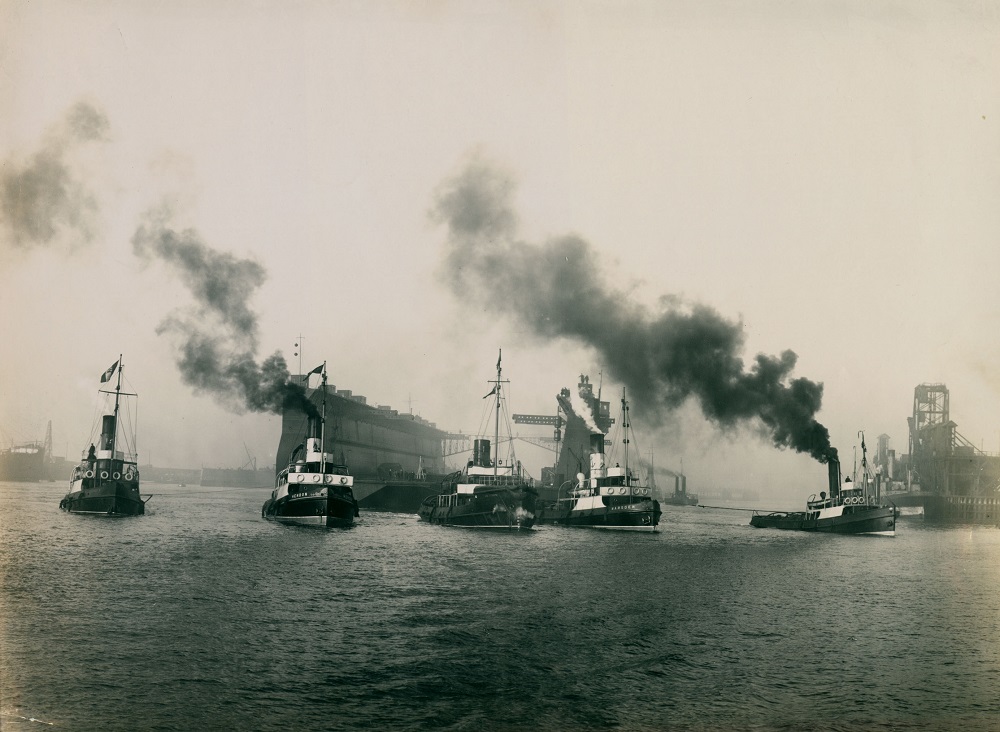 Try to find the date or year when this image was made.
Thanks for contributing!
View of tug boats towing the Southampton Dock on the River Tyne, c1924 (TWAM ref. DS.VA/9/PH/11/990). She was launched at the Walker Naval Yard on 2 May 1923 and when completed in the following year was the largest floating dock in the world.