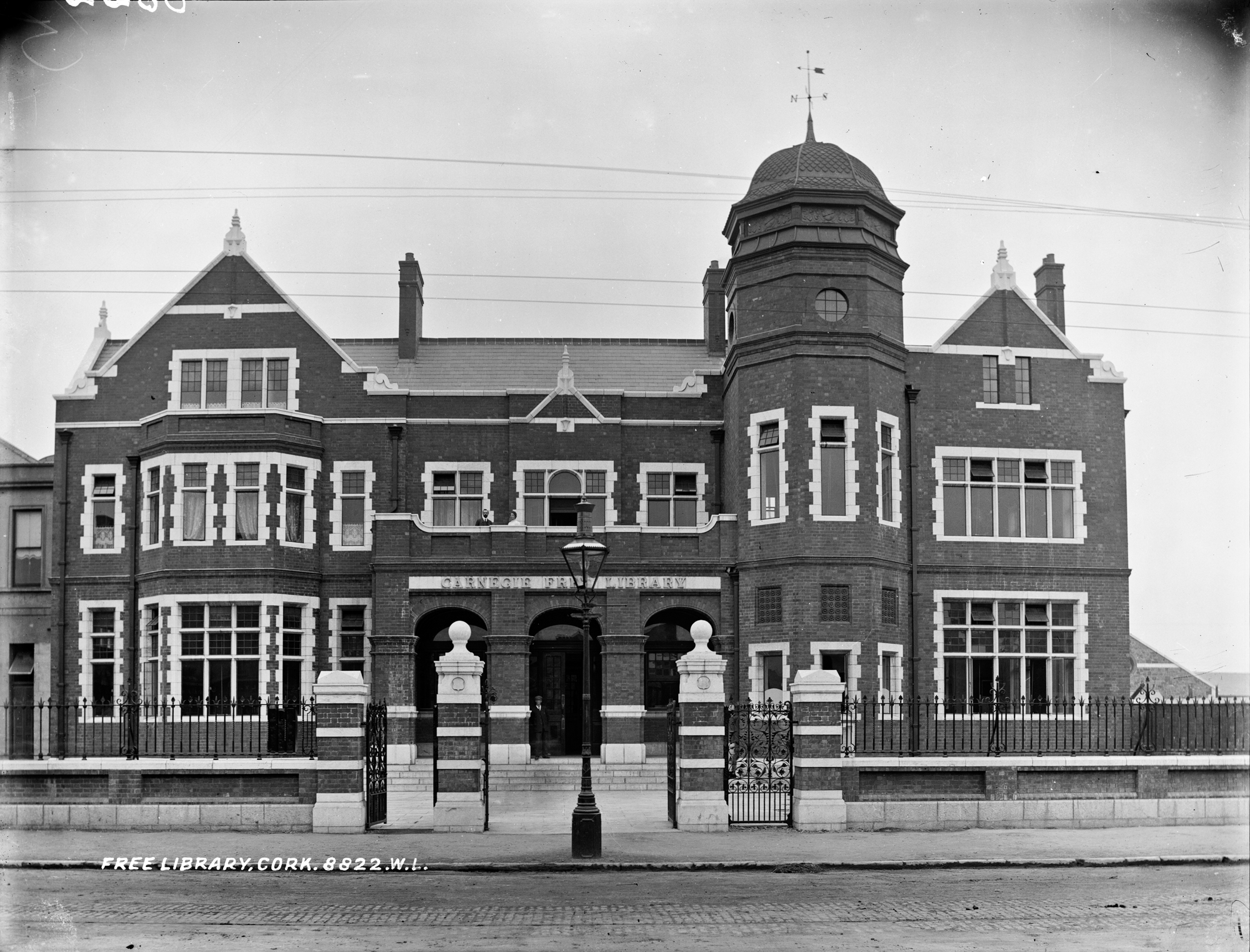 Try to find the date or year when this image was made.
Thanks for contributing!
Of all the philanthropists who have had an impact on the western world the most imaginative and probably the most profound donation/gift has likely been that by Andrew Carnegie. The Carnegie libraries have provided entertainment, education, enlightenment and pure pleasure to many millions throughout the world. This fine example in Cork is a good way to remember the gift that keeps on giving!

While 62 of the country's 66 Carnegie Libraries survived, today's contributors remind us that this example was one of the unlucky 4 that did not - being destroyed within a decade or so of this image during the Burning of Cork. Also some interesting discussion on whether those pictured on the balcony (and perhaps below) were library staff - with suggestions that they could have been the more senior librarians (James Wilkinson and Annie Matthews), or more junior staff of the time (James Desmond and Julia Desmond)....