The passenger liner 'Berengaria' heading out to sea 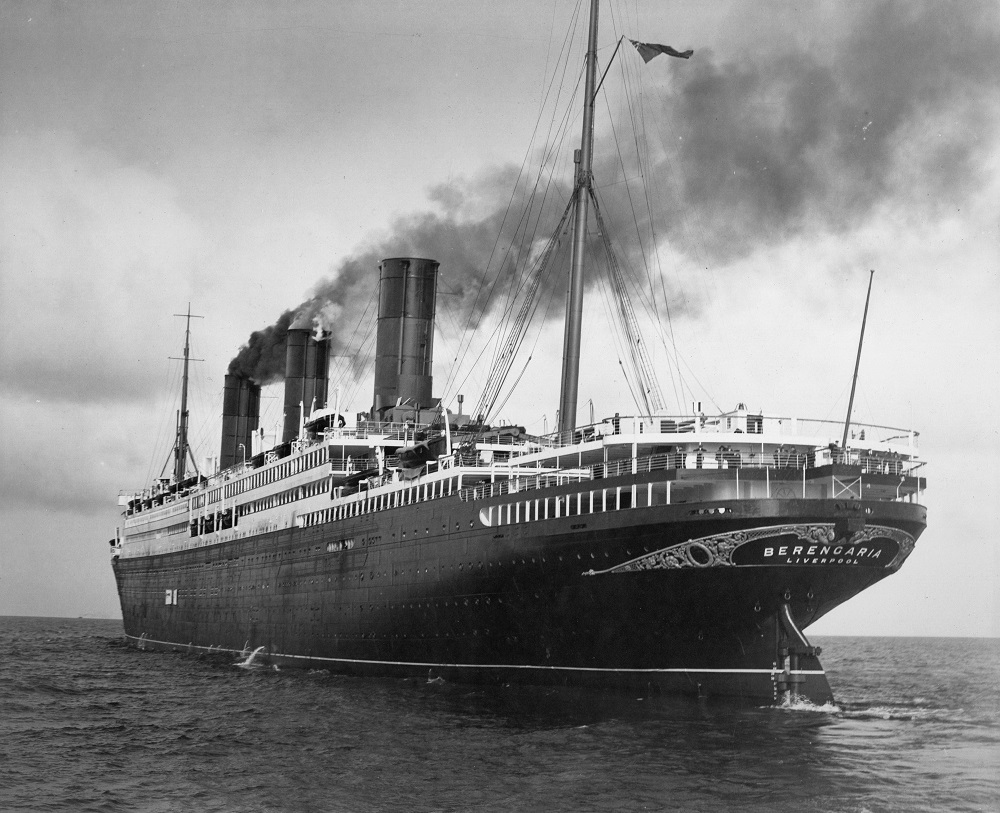 Try to find the date or year when this image was made.
Thanks for contributing!
View of the passenger liner 'Berengaria' heading out to sea after her conversion from coal to oil burning engines at the Walker Naval Yard, c1921 (TWAM ref. 1027).