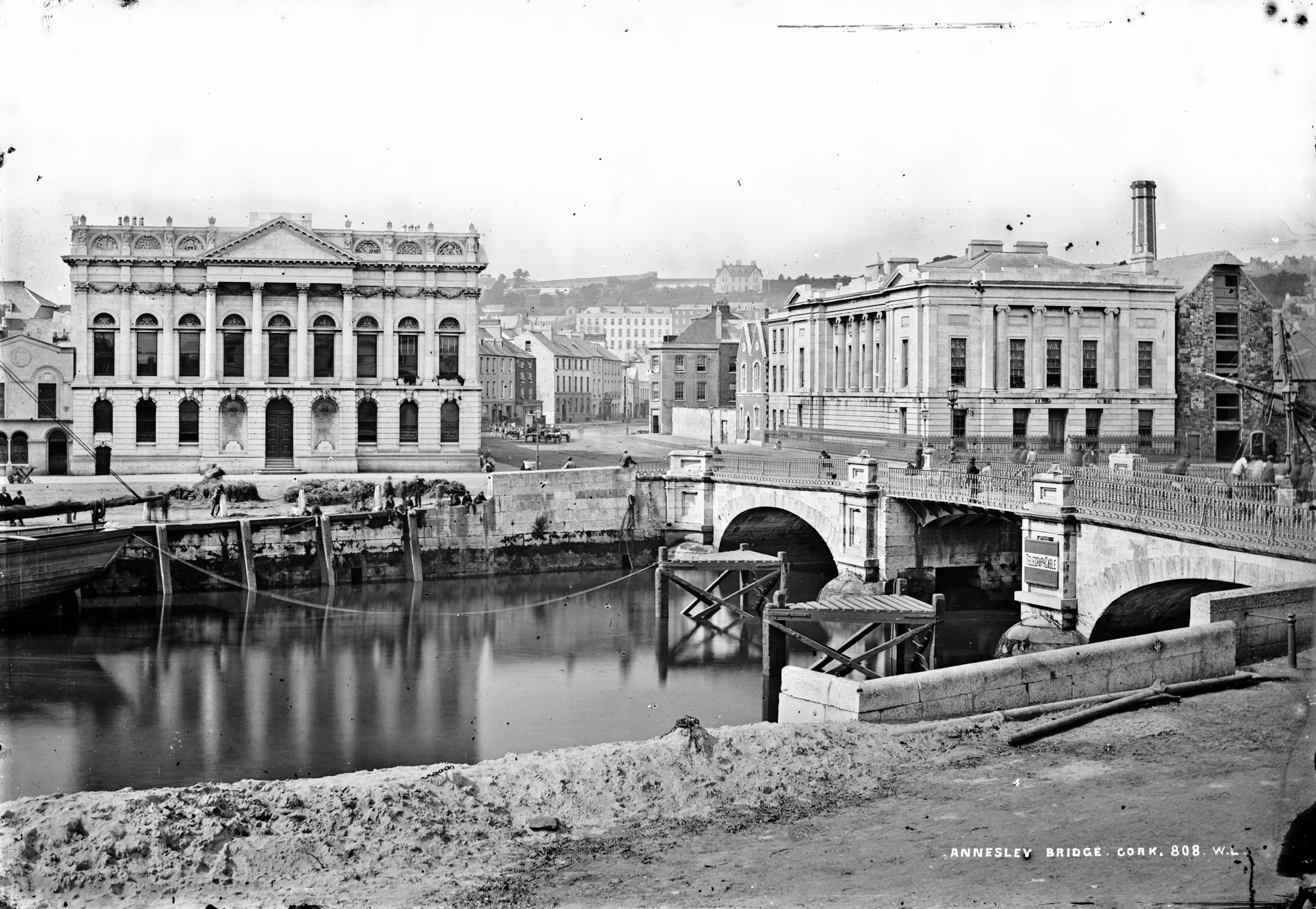 Try to find the date or year when this image was made.
Thanks for contributing!
It will be an achievement to arrive at a tight date range for this photograph of Annesley Bridge. There is a lot of work going on and a lot of people looking at the work! I think we have seen one of the "Telegraph Cable" signs before?

Given that not much in this view has changed, some kudos are due to B-59, guliolopez and O Mac for refining the image to the 1870s. Borrowing from guliolopez's comment below, it is confirmed that this is Anglesea Bridge (sometimes Annesley or Anglesey Bridge) over the south channel of the Lee at the end of the South Mall, Cork. Built in 1830, this "lifting" bridge was removed in 1880 and replaced by a "swing" bridge that opened as Parnell Bridge in 1882. (Hence we are likely before ~1880). Up on the hill we see Government House which dates to perhaps 1869/1870. (Hence we are likely after ~1870). The guys used the existence/non-existence of several other buildings to corroborate this range - but it's somewhat interesting that the subjects of two previous posts (Parnell Bridge and Government House) helped refine the 50 year catalogue range to a single decade or so....