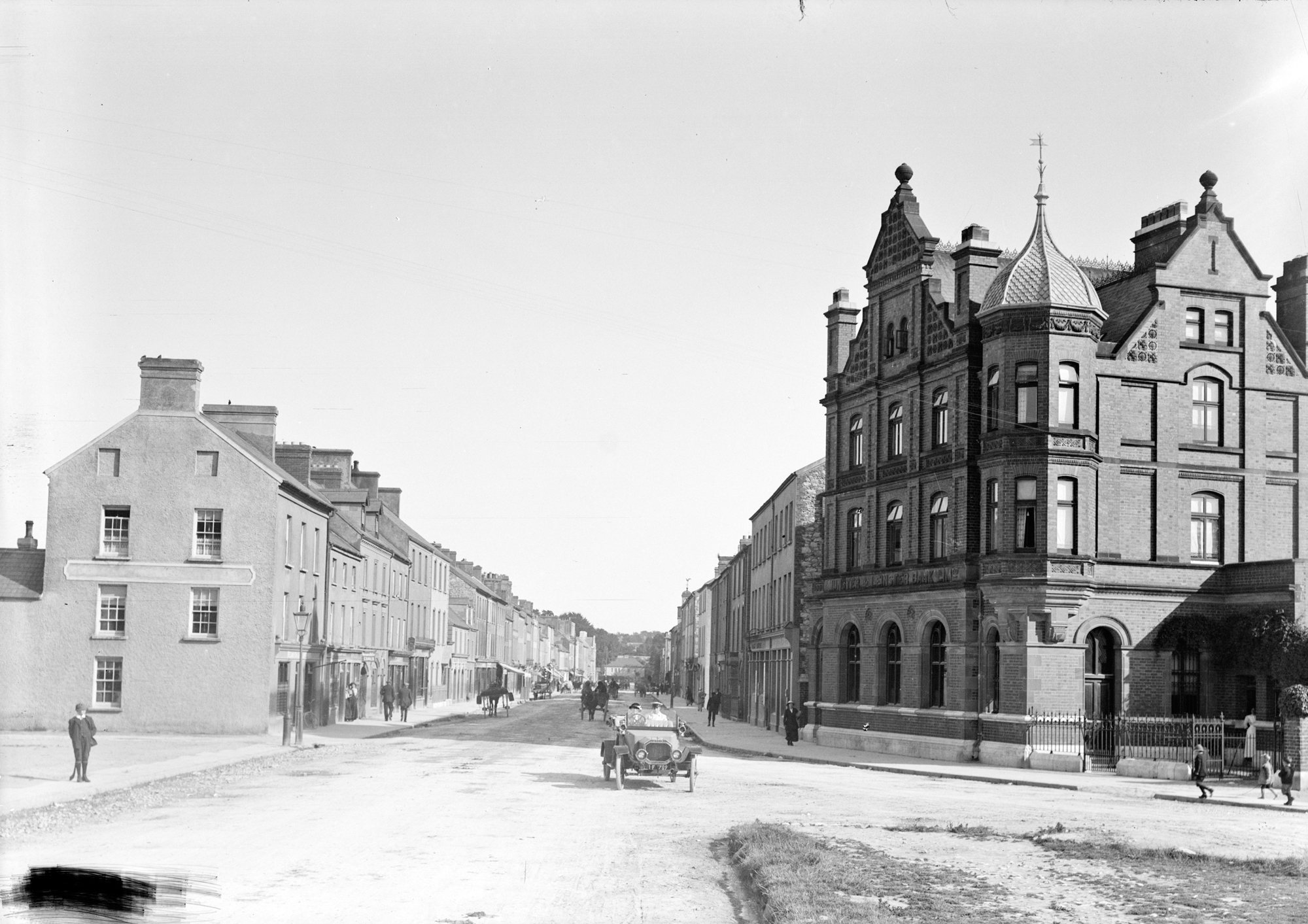 Try to find the date or year when this image was made.
Thanks for contributing!
A new week and we start off with a photo from the lovely town of Midleton. I think something looks staged in this one, what do you think?

With thanks in particular today to the contributions of Niall McAuley, derangedlemur, Carol Maddock, and guliolopez it is confirmed that the motor car pictured (IF789) was registered from c.1914 to John Joseph Walshe, who was bank manager of the Munster & Leinster Bank branch which dominates the right of the image. The 1911 census lists the Walshe household as including JJ Walshe, his wife Cicily (Nano) Walshe, and servants John Lynch and Janie Goggin. As they seem to be well aware of the shot being taken, it seems plausible that there may have been an association with the photographer (supporting our theory that this isn't quite a candid shot). And seems equally likely that at least some of those listed in this census are pictured at the open door of the bank, and almost certainly in the car itself (where intriguingly we note that the man in chauffeur garb is sitting in the back seat!)

Thanks also to beachcomberaustralia for info on the likely car model and on the corner of "Goose's Acre" in the immediate foreground....