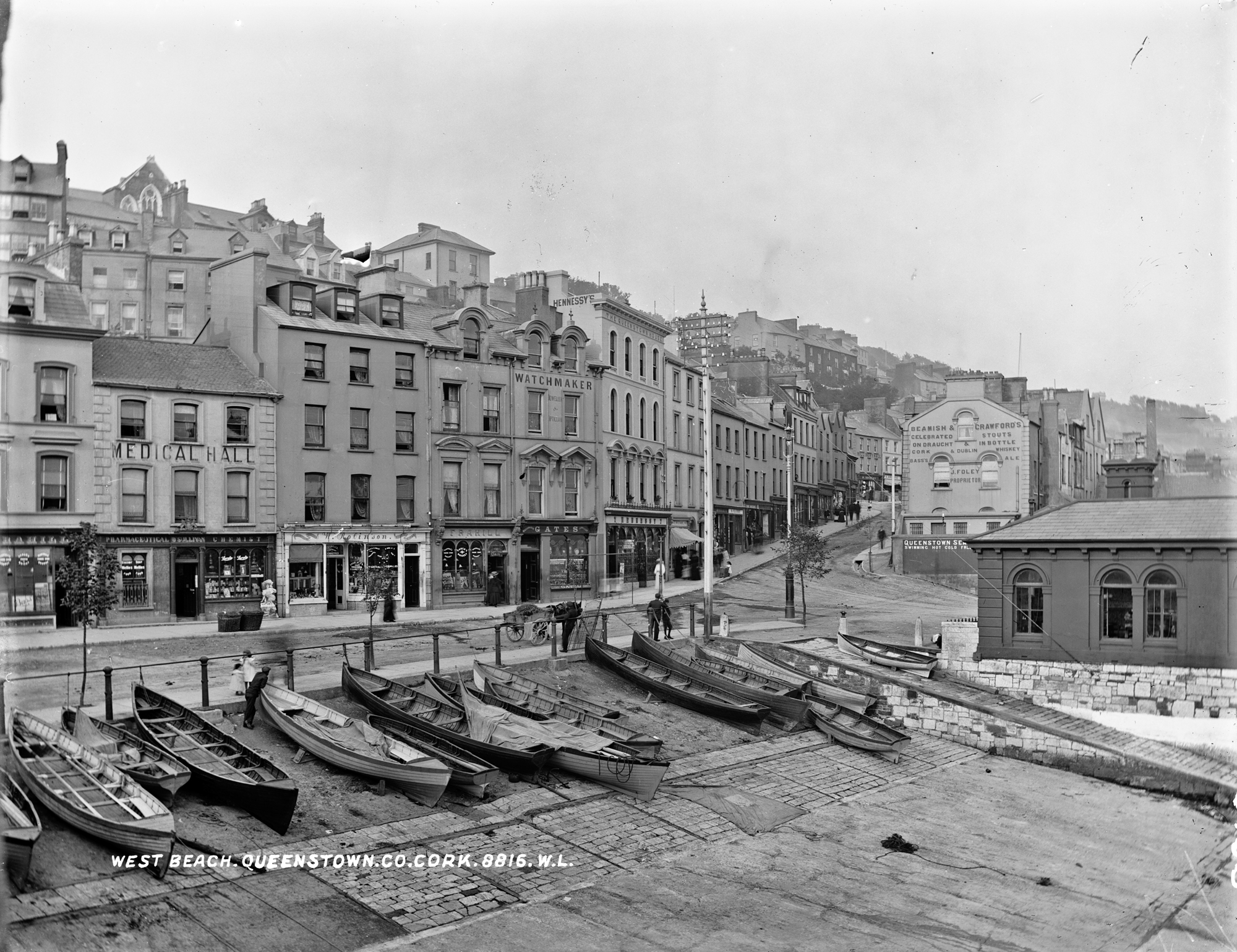 Try to find the date or year when this image was made.
Thanks for contributing!
While we have been to Queenstown/Cobh before this fine Lawrence shot of the West Beach has lots of interest. Those skifs and the people around add interest to the scene with occasional ghosts to liven things up!

With the help of the businesses (and their advertising), our intrepid contributors have refined the near 50 year range of the catalogue dates to perhaps 5 to 10 years in the early 20th century. The Emerson's Bromo Selzter advert on front of O'Sullivan's chemists was likely put in place around the same time (if a lot less longstanding) as the 1911 Emerson Bromo-Seltzer Tower in the company's home state of Maryland....