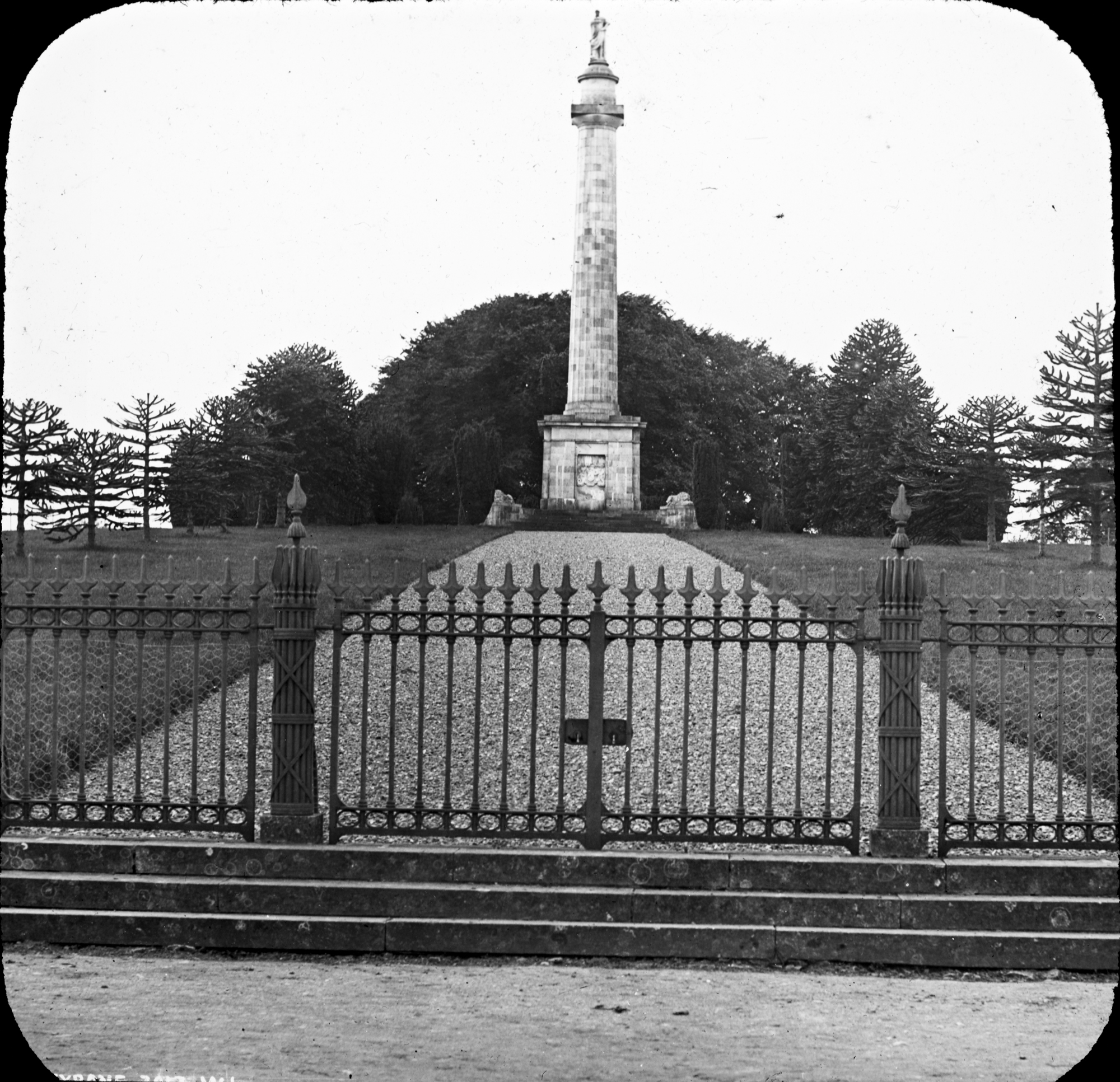 Try to find the date or year when this image was made.
Thanks for contributing!
Caledon Hill and Monument doesn't mean anything to me without carrying out a search for it so I suspect that it is in the North rather than anywhere down South. A "Nelsons Pillar" style column with a statue atop and with cast iron railings to the front with a long lead-in path should be readily identifiable. The format would indicate that Mr. Mason used this as a lantern slide for one of his lectures.

Based on today's contributions, we learned that this is indeed Caledon Monument, on the lands of Caledon Estate in County Tyrone. Built in the 1840s in memory of the 2nd Earl Caledon the column was topped by a statue by Cork-born sculptor Thomas Kirk. A local landmark for some time, the hill was apparently used as an observation point during WW2. The column and statue were destroyed during the Troubles, with seemingly only parts of the base plinth remaining today....