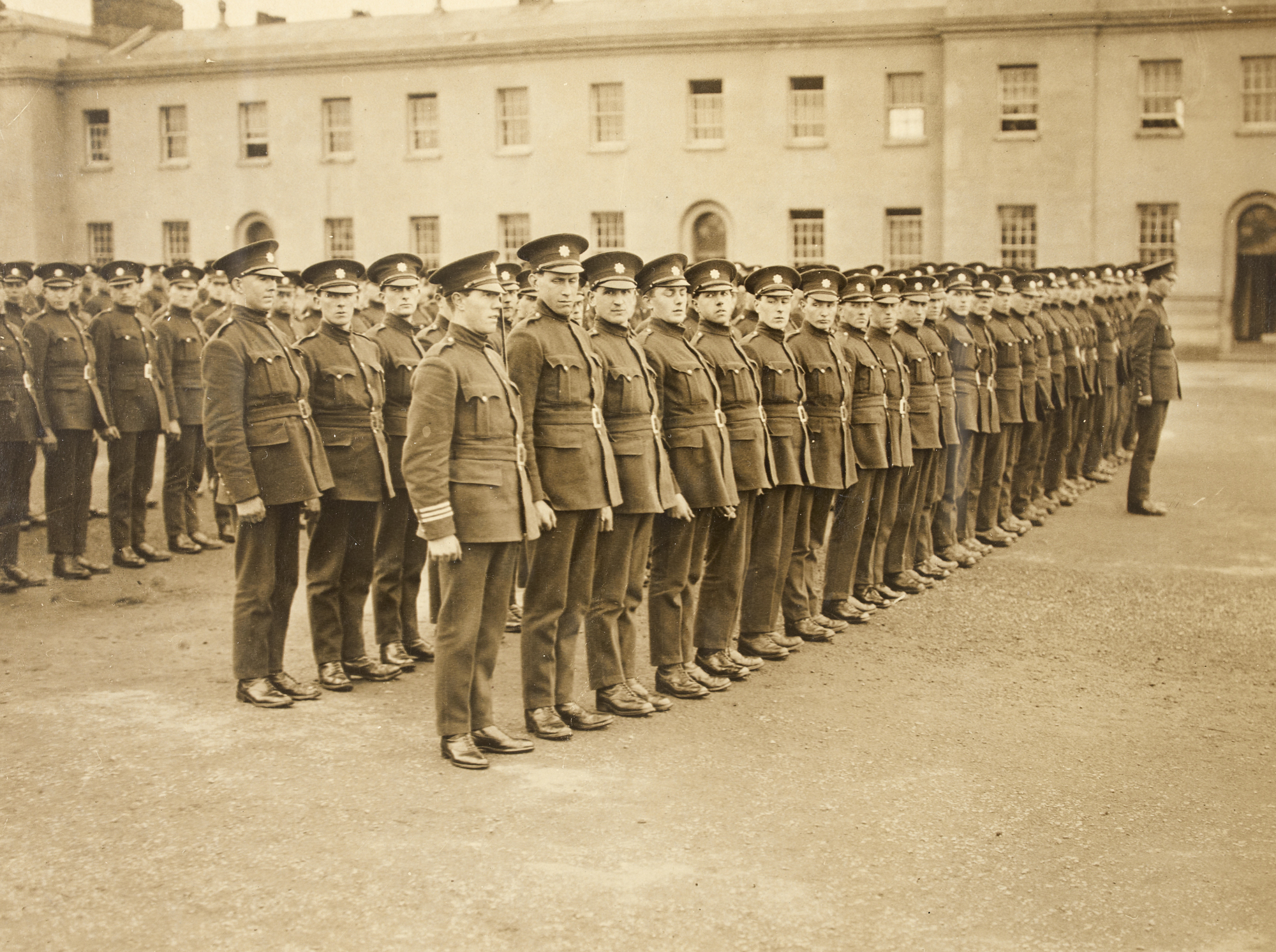 Try to find the date or year when this image was made.
Thanks for contributing!
The Hogan-Wilson Collection today, and a visit to the Garda Depot in the Phoenix Park where Garda (Police) recruits perform the "Right Dress" exercise on the Depot Square. As the Garda force was founded in 1922, and had taken over the policing of the country by then, this would have been the second wave of recruits. They are well-dressed in uniform.

Similar to how this 1922 group image was/is brought to life by contemporaneous footage (from the Irish Film Institute), sharon.corbet points us to footage of this Garda exercise (from British Pathé). Intruiging how the Pathé footage has a title card suggesting that 95% of recuits are "ex-IRA men"......