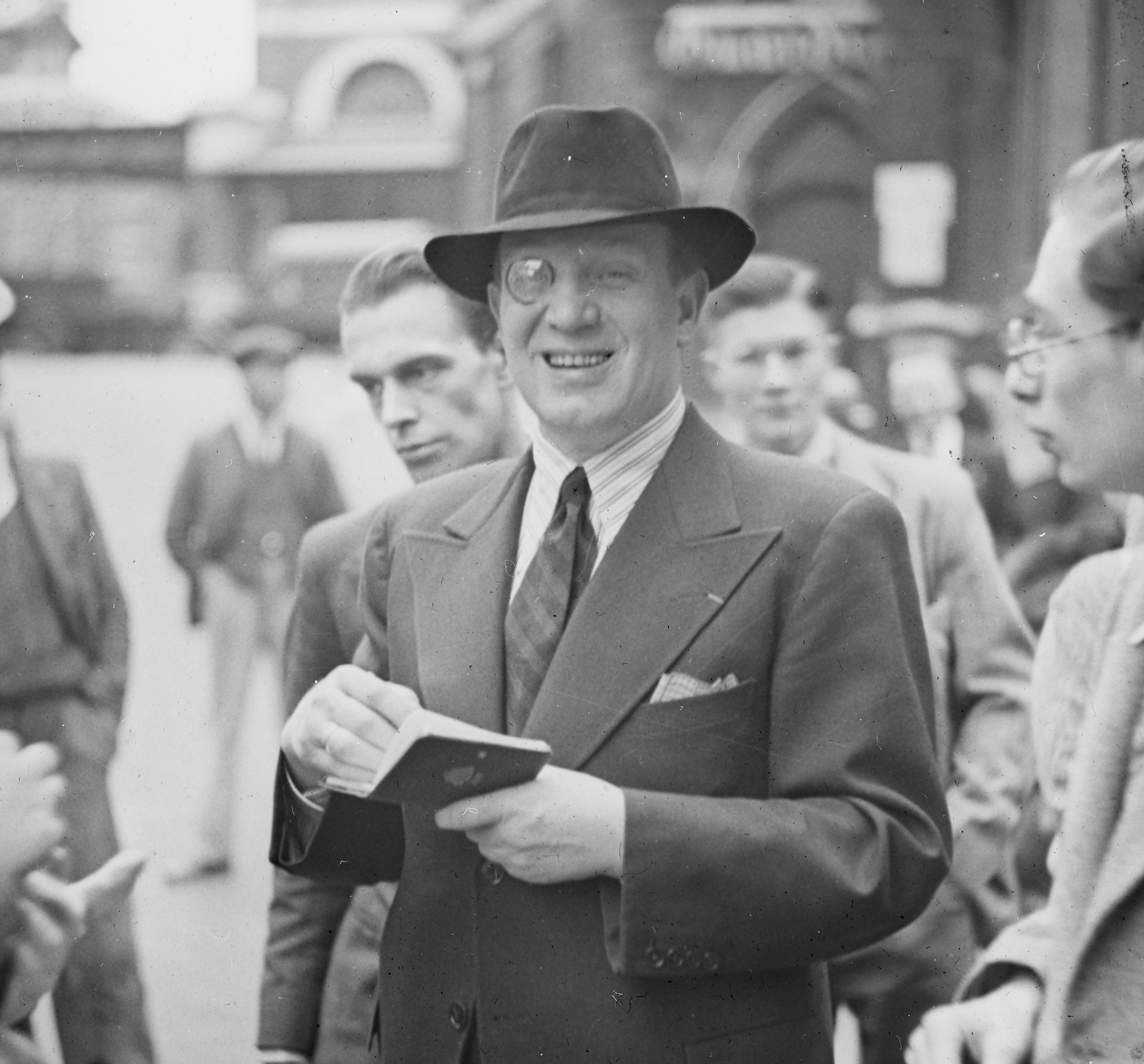 Try to find the date or year when this image was made.
Thanks for contributing!
An interesting photo from Mr Mason. Based on the description here, I am really looking forward to your musings on this one. Good luck.

This image was reversed (from the original catalogue orientation) as per comment below.

Based on other comments and investigations, we're fairly certain that this "toff" (as described in the catalogue notes) is probably Austrian tenor and film star Richard Tauber. If it is, it would likely push our catalogue range out to the 1930s, when Herr Tauber is known to have visited Ireland. Based on this there's a strong suggestion that the "passport" in question is actually an autograph book which he's signing for what may be gathered Irish fans...