Leaning to the left? 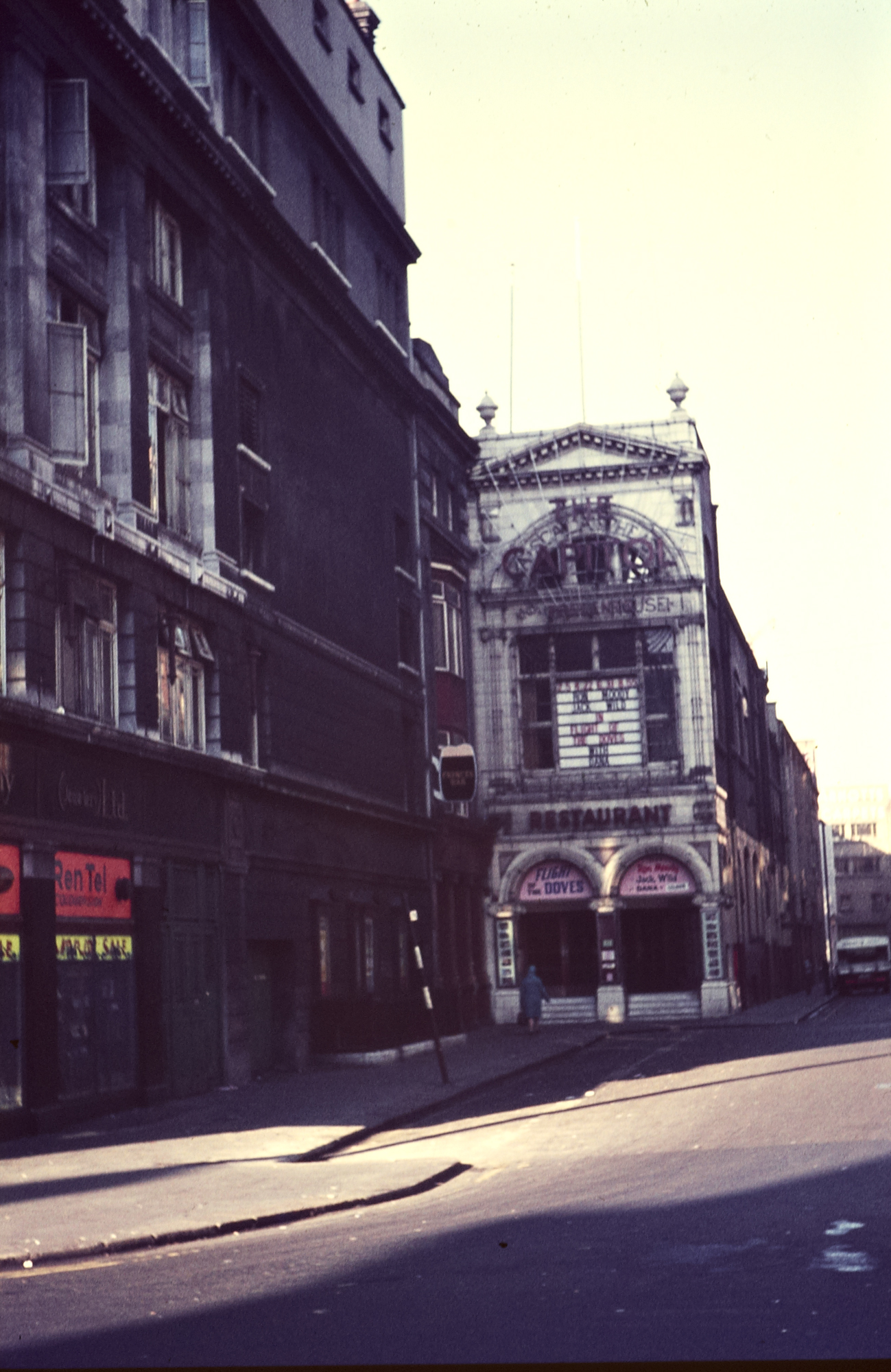 Try to find the date or year when this image was made.
Thanks for contributing!
Good morning campers and welcome to a new collection for the photostream! Today we have an image from the Michael S. Walker Collection showing one of my favourite theatres in Dublin, the Capitol Cinema and Theatre. Let us see what you can make of this one.

And our contributors "made quite a lot of it" :) Apart from the extra info on the La Scala (later Capitol) Cinema itself, the dating of the 'Flight of the Doves' film helped us pinpoint this (previously undated) image, to c.1971. Given its near ubiquity on Irish TV in the 70s and 80s, many of us may have watched the Flight of the Doves on a smaller screen. But several of our contributors caught other shows on the Capitol's big screen - while taking in the interior decoration (including perhaps the the Clarke studio stained glass and woodwork from the Britannic). This made us wonder what became of its architectural salvage, when the cinema was demolished in 1972. (Indeed, salvaged works by the Clarke family have turned up in stranger places). In any event, while I may be stretching, it seems plausible that Walker knew this building's days were numbered - and captured it shortly before it was lost to the Dublin streetscape....