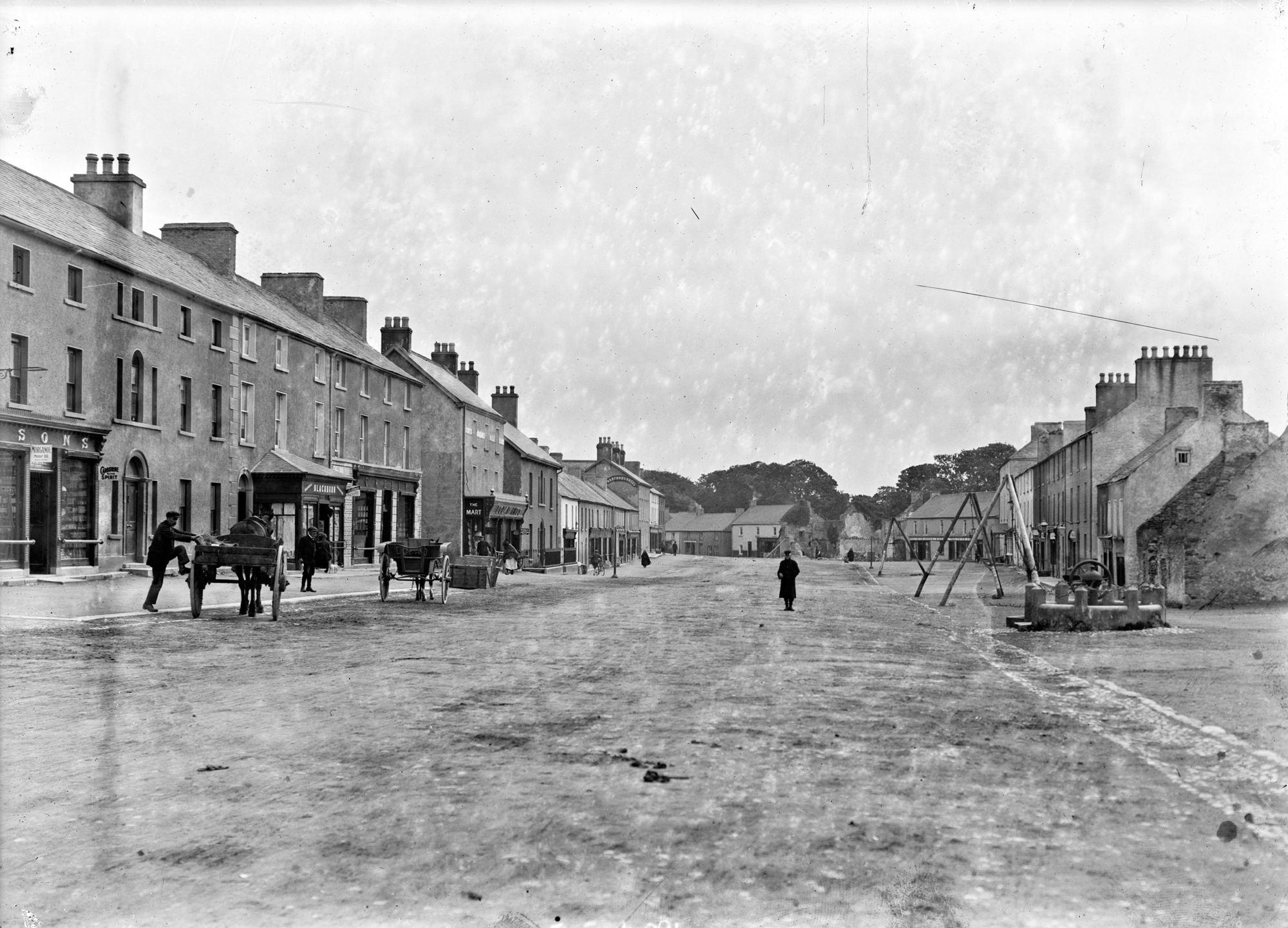 Try to find the date or year when this image was made.
Thanks for contributing!
Moate, Co. Westmeath has a long and noble main street and it is well captured in this fine Eason shot! We have some of the usual suspects standing about but for me the pose of the man about to climb onto the cart is BIZ! There are no shortage of chimney pots on view and I am sure turf/peat was the staple diet for the fireplaces thereabouts.

Given that the location of this image was pretty unequivocal, much of the discussion on its subject focused on the buildings and businesses which are visible. And, based on the adverts visible (including the Morganol Lubricants signage), it seems likely we are after c.1908. Also, given that we don't seem to see this memorial cross outside the courthouse, we are likely before c.1925.....