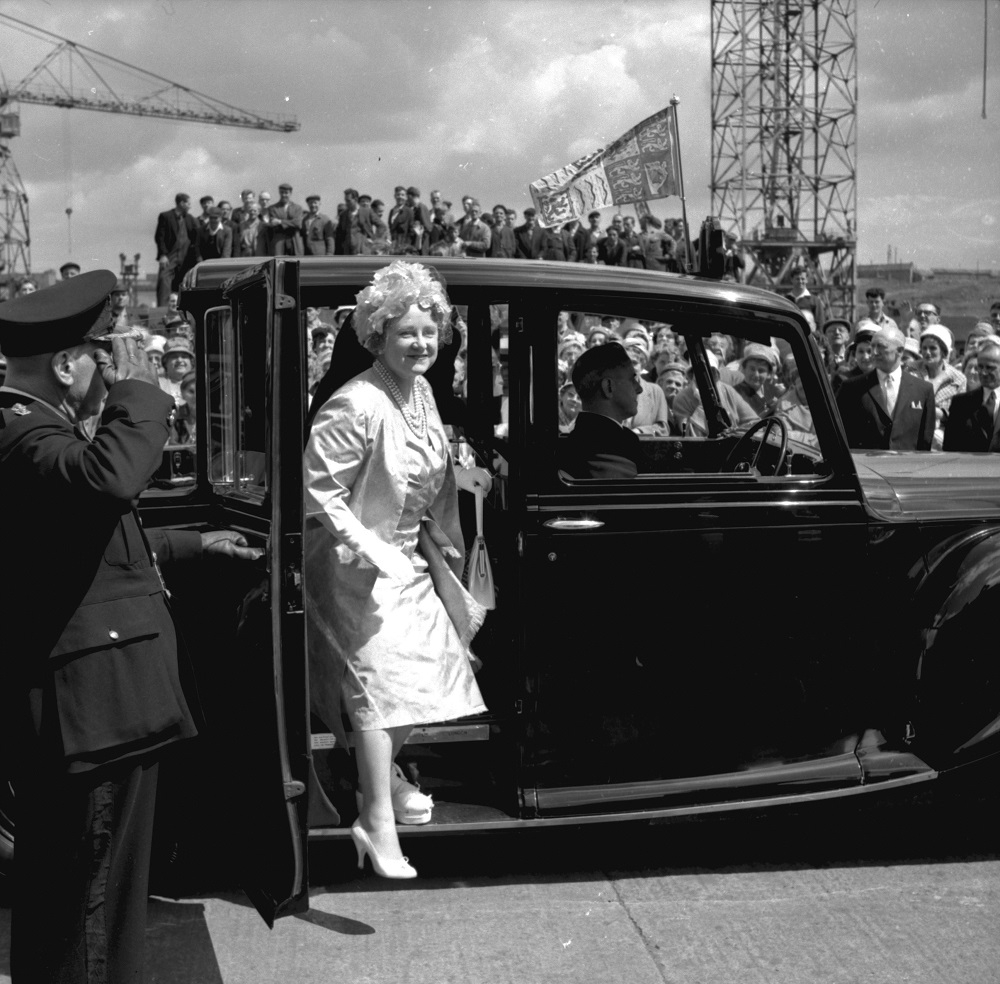 Try to find the date or year when this image was made.
Thanks for contributing!
View of the Queen Mother arriving at the Walker Naval Yard, Newcastle upon Tyne for the launch of the passenger ship 'Northern Star', 27 June 1961 (TWAM ref. DT.TUR/2/26948R).