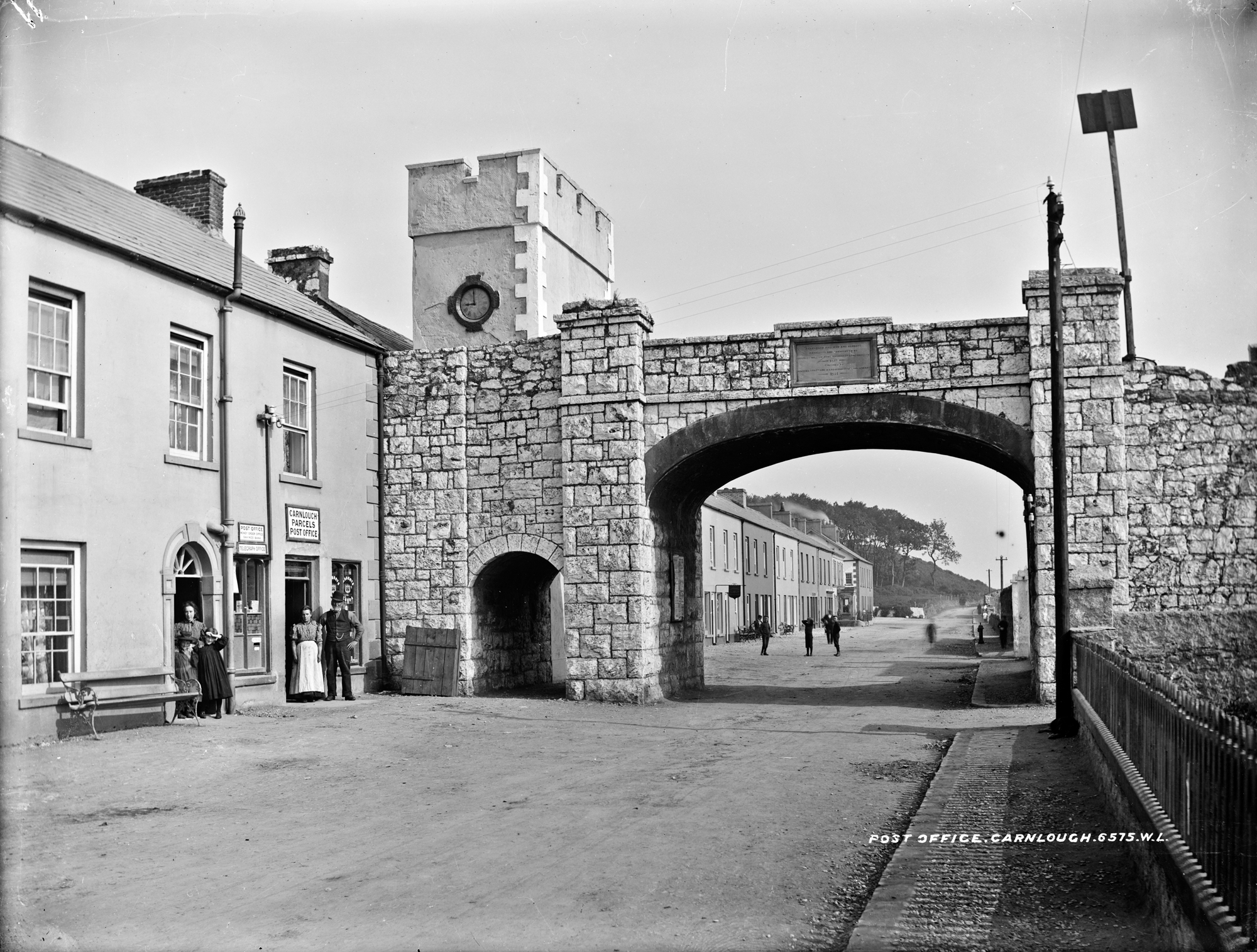 Try to find the date or year when this image was made.
Thanks for contributing!
A familiar bridge but a different focus. We have seen this bridge before from the other side. But today, the focus is on the Post Office at Carnlough in Co. Antrim. The scene really has a charm all its own!

With thanks to today's contributors, there's a suggestion that this image may date from the latter half of the catalogue range - possibly early 20th rather than late 19th century. If so, those pictured at the Post Office door may be members of the McSparron family, who were running it at the time of the 1901 and later 1911 census....