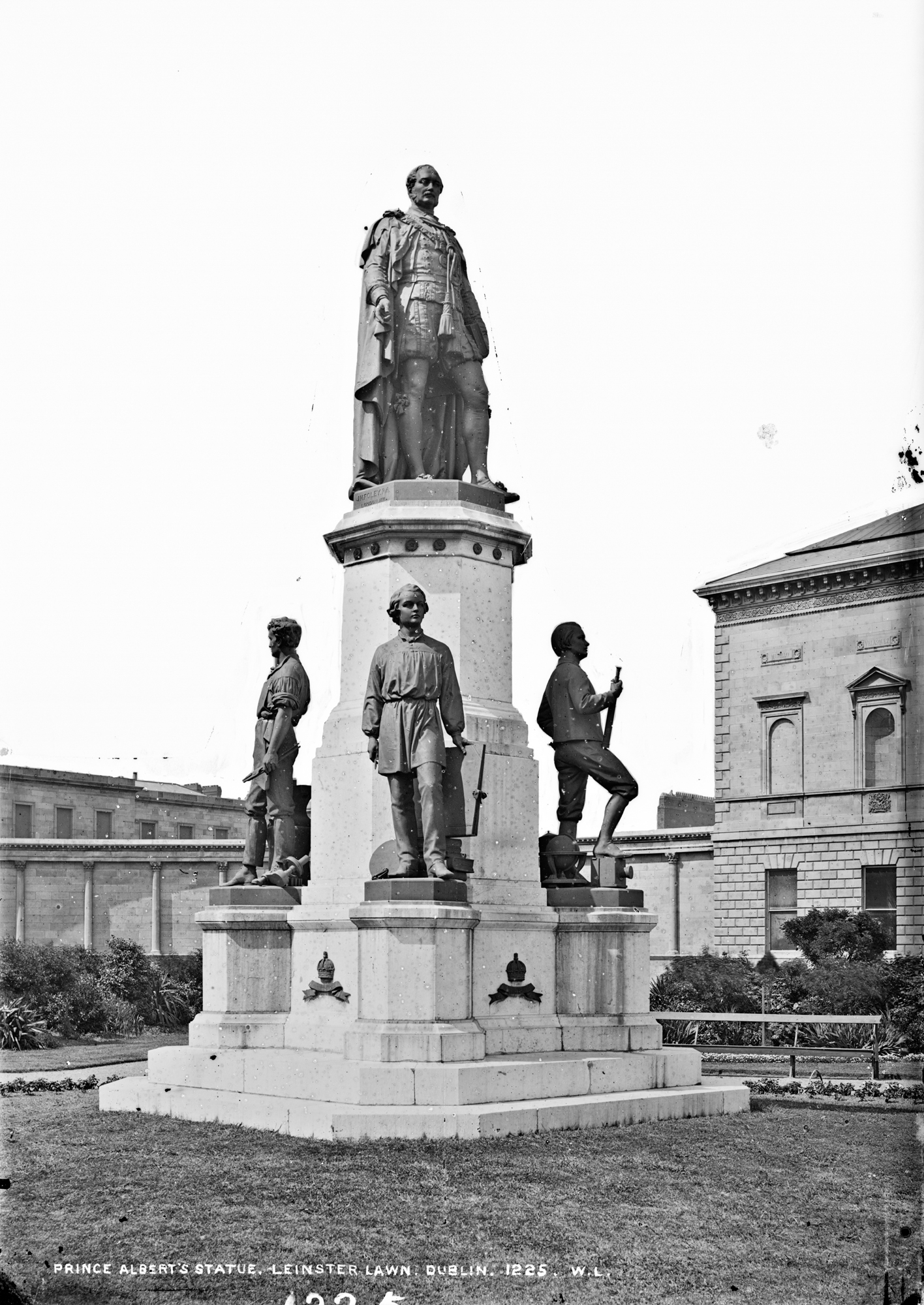 Try to find the date or year when this image was made.
Thanks for contributing!
Prince Albert and four others, this could make for an interesting Friday. I wonder where it is now? I am intrigued by the orientation of this Lawrence photo, we do not get a portrait presentation very often. (Edit - I have had a look and there are some but it is a very low percentage)

With thanks to all the amazing contributions today, including inputs from Niall McAuley, B-59, sharon.corbet, beachcomberaustralia and Houses of the Oireachtas it is confirmed that this statue is still on Leinster Lawn, close to the entrance to the Natural History Museum in Dublin. The Prince Albert statue, together with the companion allegorical sculptures representing Art, Science, Industry and Agriculture, is by John Henry Foley (1818-1874) and seemingly one of the last of its type in a municipal public setting in the capital....