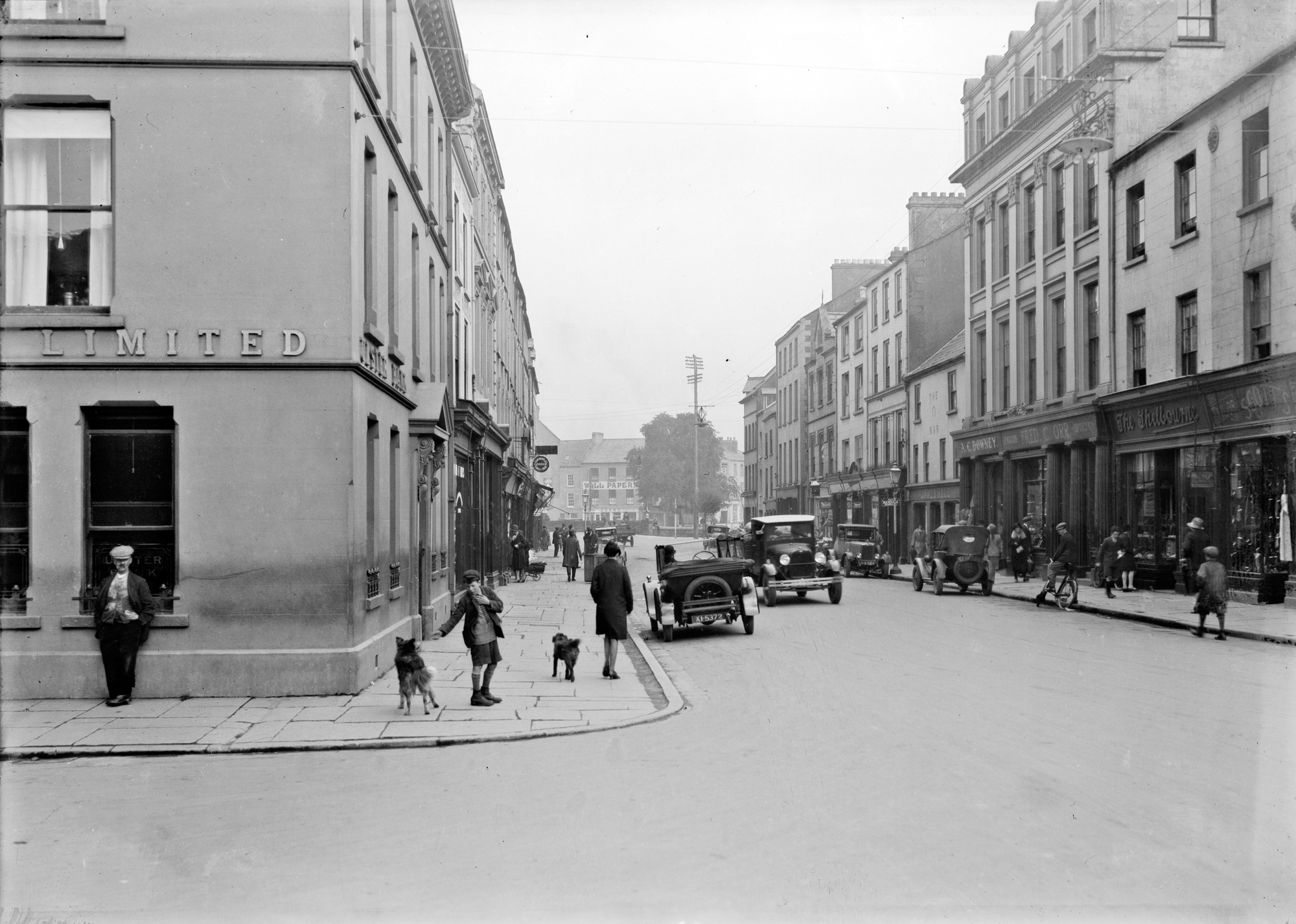 Try to find the date or year when this image was made.
Thanks for contributing!
It is a while since we had two consecutive Eason photos, today we are in Hill Street, Newry, County Down. Such a lot going on and some nice motors to be identified.

Today's contributions focused on two key business premises on Hill Street - specifically the Shelbourne Bakery which had been in business a quarter century even by the time of this shot, and the Ulster Bank opposite. Investigations on the motor vehicles pictured helped narrow the almost 40 year range to perhaps a decade or so after 1928/29....