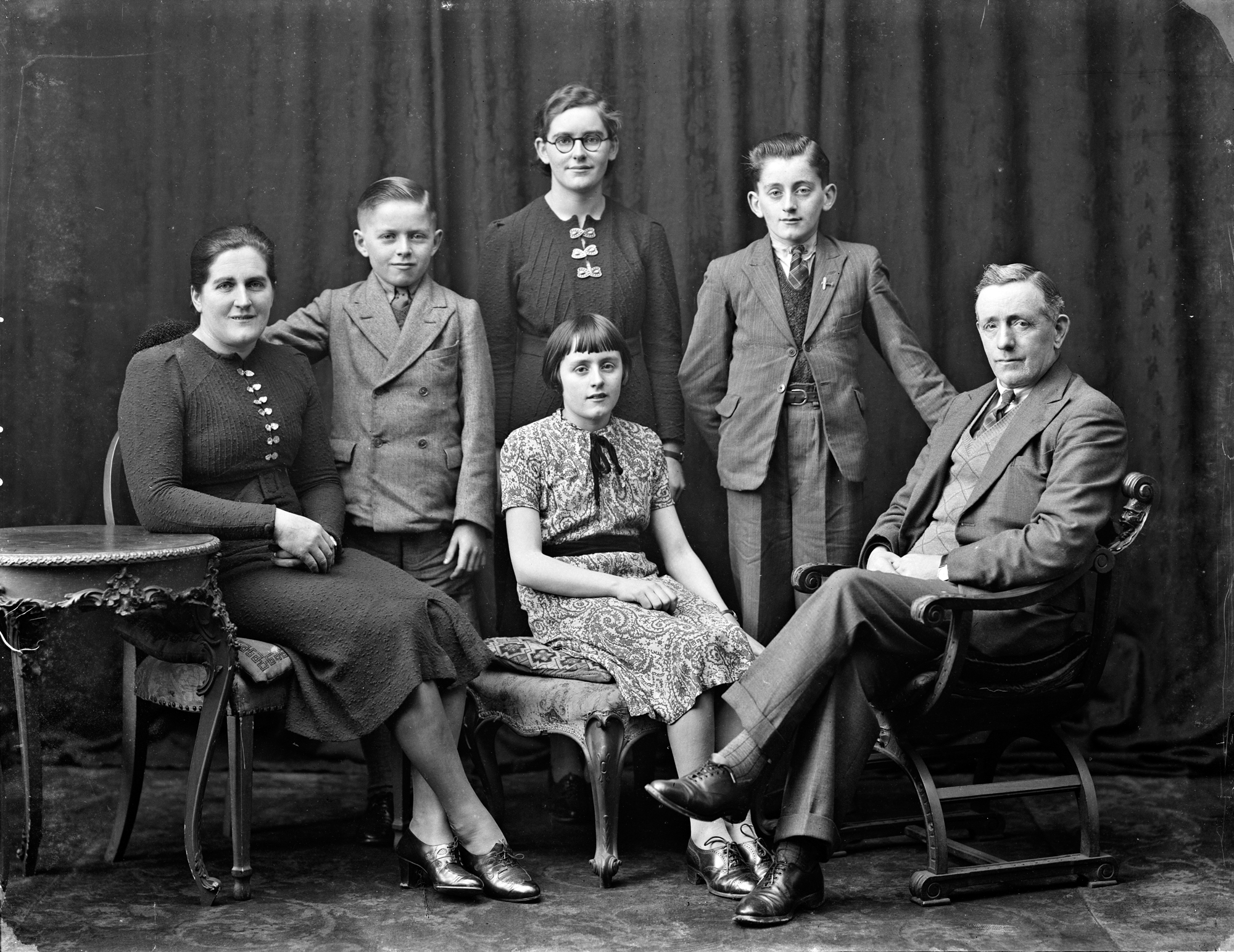 Try to find the date or year when this image was made.
Thanks for contributing!
Mr. and Mrs. Gerald Flood with their family make a fine portrait to end the week, Here you may notice that of the four children two bear a strong resemblance to the father and two to the mother! And a handsome family they are too.

With thanks to O Mac and sharon.corbet there is strong evidence that this image dates from the 1930s, and that - as Sharon notes - those pictured are (left to right):
Nora, Tim, Ita (standing), Nelly (sitting), Martin, Gerald [Flood]

Both boys pictured went on to play inter-county hurling, with the younger Flood winning 3 All-Irelands in the 1950s and 60s....