And a river runs through it (Dodder, Dublin) 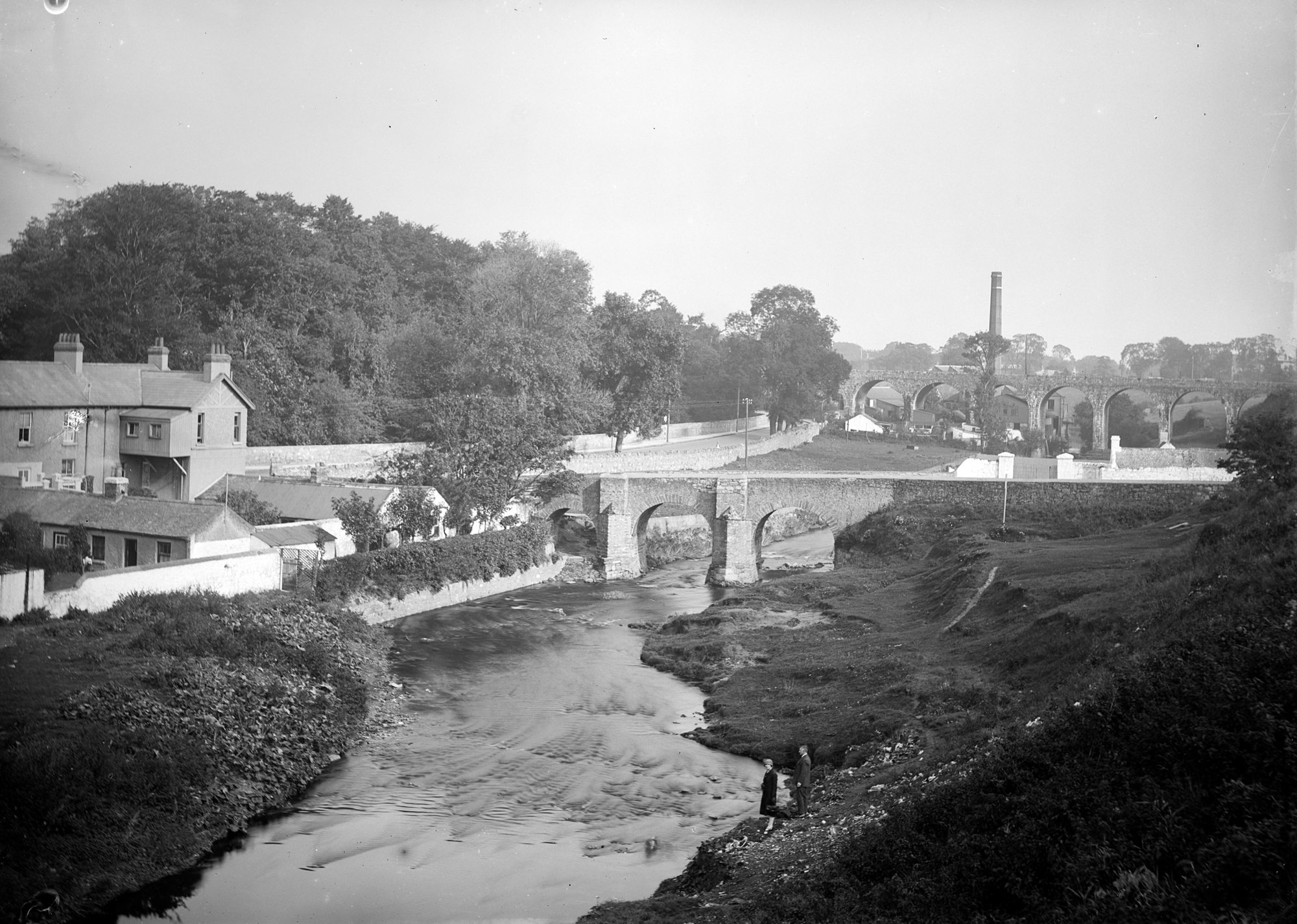 Try to find the date or year when this image was made.
Thanks for contributing!
A really fine O'Connor shot today with lots of interesting buildings and man-made constructions on view. A river neatly bisects the scene with a couple giving probably one of the few clues on the potential date of the shot! A great PoV from a photographic perspective.

We're delighted to confirm that this stretch of Dublin's River Dodder hasn't changed too much - retaining Classon's Bridge, the pub on its north side, and Nine Arches Viaduct. Even the chimney from the Dartry Laundry survives. We're still wondering about the couple - with the lady's cloche-style hat and the man's spats-style shoes. They appear in several other O’Connor shots - so were perhaps acquaintances....