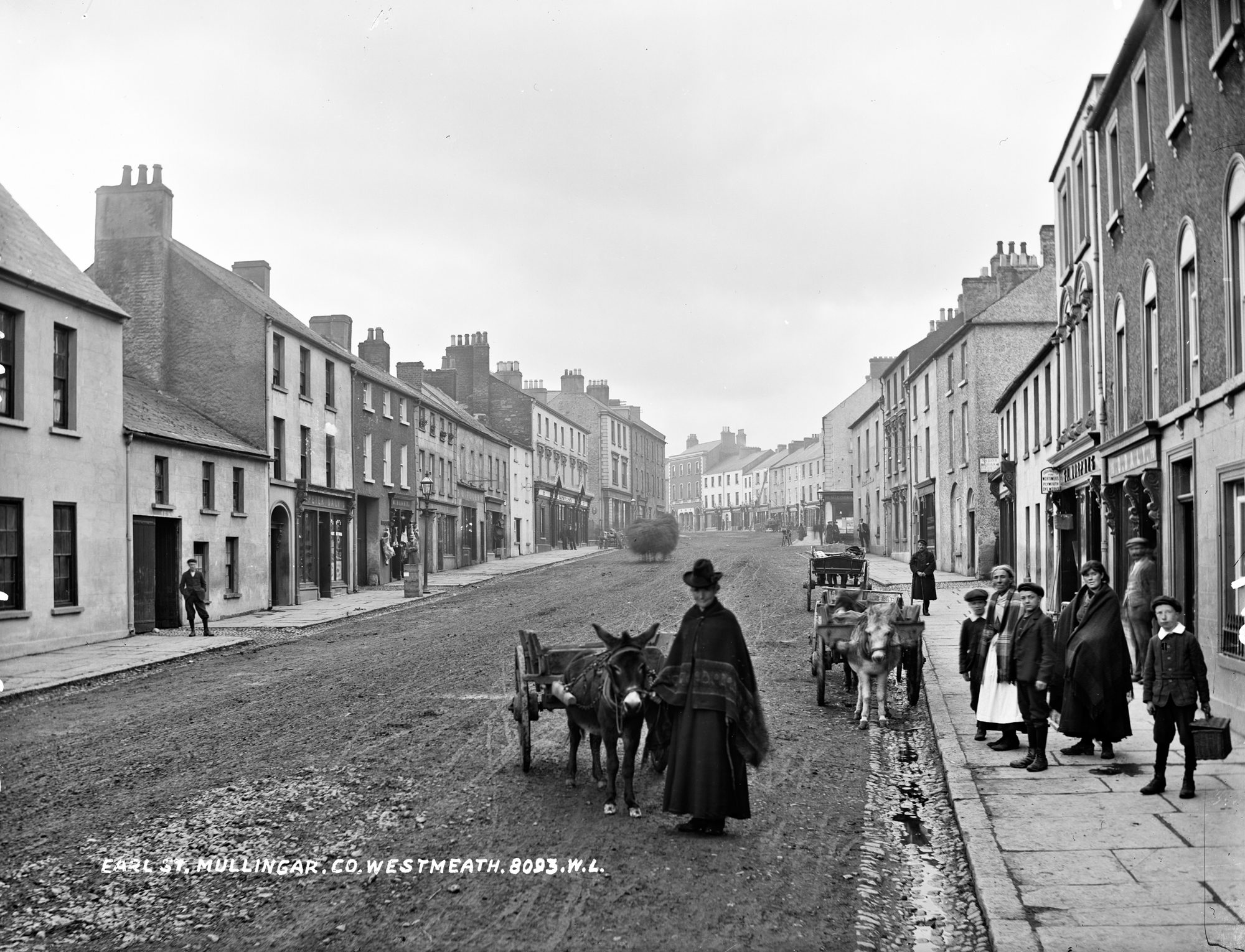 Try to find the date or year when this image was made.
Thanks for contributing!
Another fine Lawrence street shot taken by the inimitable Mr. French to start our week! Here we have not only a goodly, straight and clean street but the denizens thereof watching the artist as he takes their image for posterity. Looking at the lady with the donkey and cart dressed in a shawl and bowler hat it strikes me how closely that dress resembles the dress of the women in Peru, Bolivia and Ecuador in the high Andes. Can anybody see the man with one leg?

Thanks to all of today's contributors - including to B-59 and Niall McAuley who draw our attention to the street names. Including that the main street we see ("Earl Street") was renamed (to "Pearse Street") in the decades that followed this image, while one of the side-streets has an Irish language street sign (later standardised to "Boithrín Tobar an Sconna")...