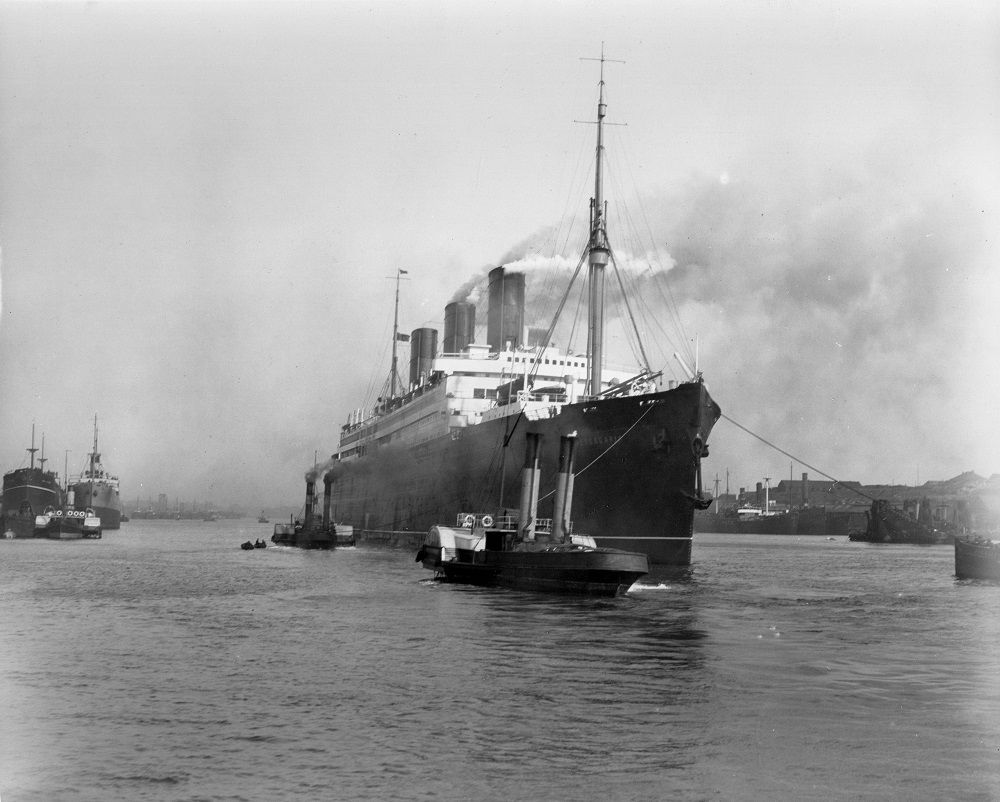 Try to find the date or year when this image was made.
Thanks for contributing!
A view of the passenger liner 'Berengaria' under tow on the River Tyne (TWAM ref. 1027). She was owned by Cunard and in 1921 was sent with ‘Aquitania’ to the Walker Naval Yard of Armstrong Whitworth, where both were converted from coal to oil burning engines and various minor repairs were carried out.