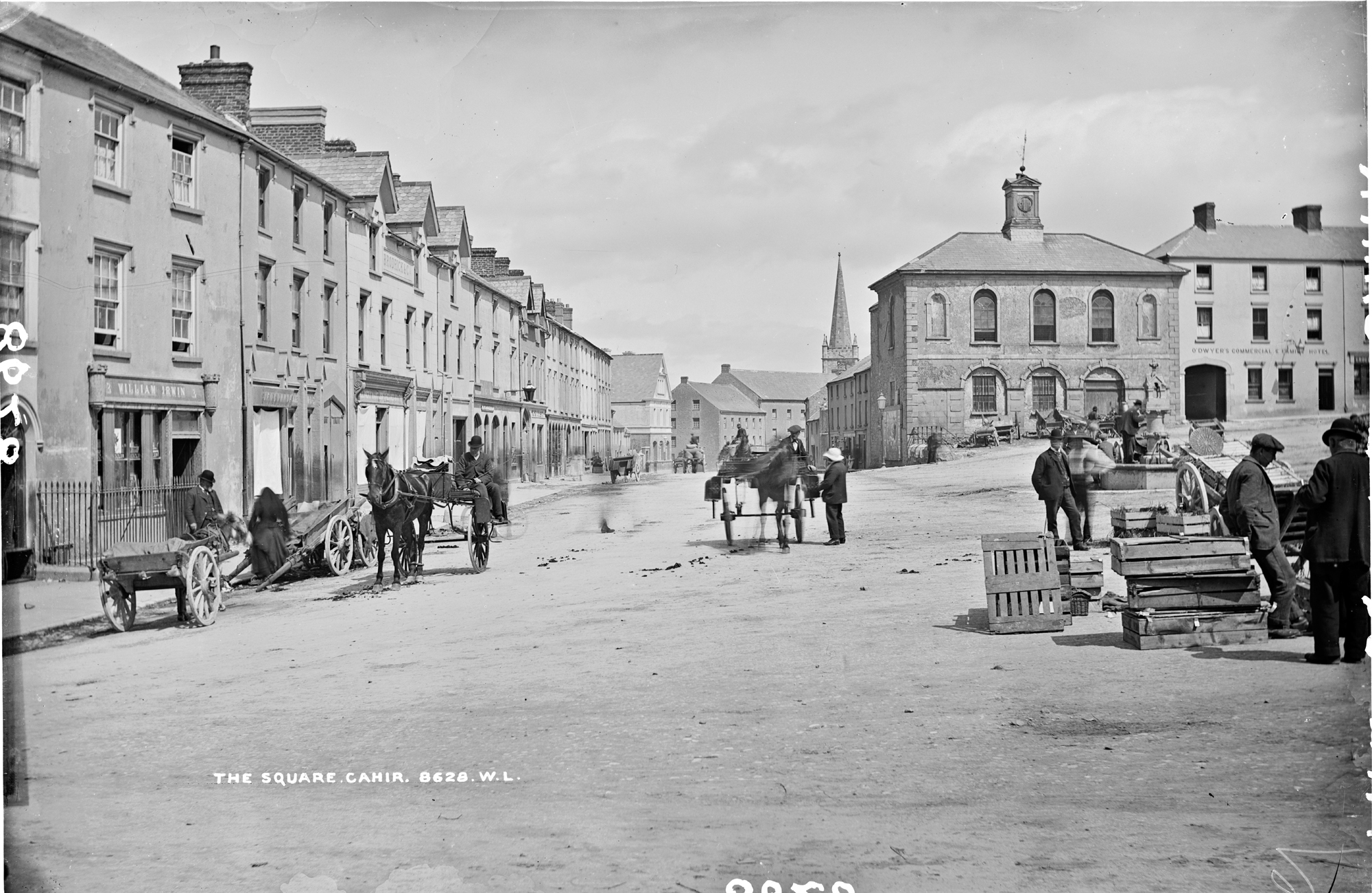 Try to find the date or year when this image was made.
Thanks for contributing!
The Square in Cahir is the subject of today's image with lots of life and activity therein. There is no sign of motor transport and lots of people; but frighteningly in between the two 'jaunting' cars in the centre is a boot walking all on its lonesome!

As Niall McAuley points-out, that we can see the Post Office in the centre middleground (with it's distinctive pitched gable frontage), we know that this images dates to the first decade or so of the 20th century. (c.1902-1912ish).