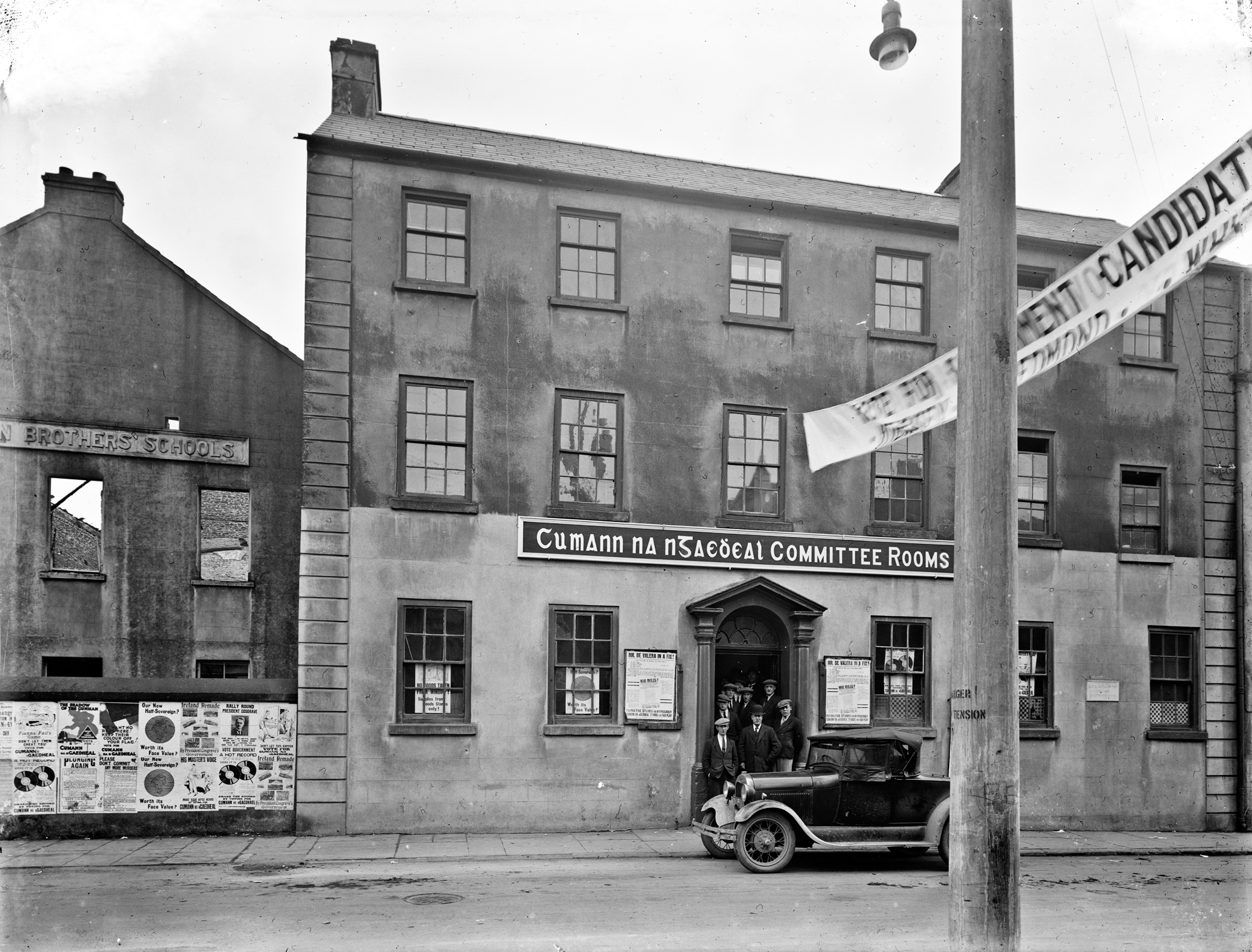 Try to find the date or year when this image was made.
Thanks for contributing!
A photograph from the Poole collection which denotes Waterford, but with streams of posters to provide further information. If memory serves, Cumann na nGaedhael changed their name following the election around the time of this image.

With thanks to today's contributors, we have confirmation that this building (now gone) stood on Manor Street in Waterford. The posters visible demonstrate the divisive post-Civil War politics and the lead-up to the 1932 general election - which saw WT Cosgrave's Cumann na nGaedhael party defeated and the first Fianna Fáil government of the relatively young state...