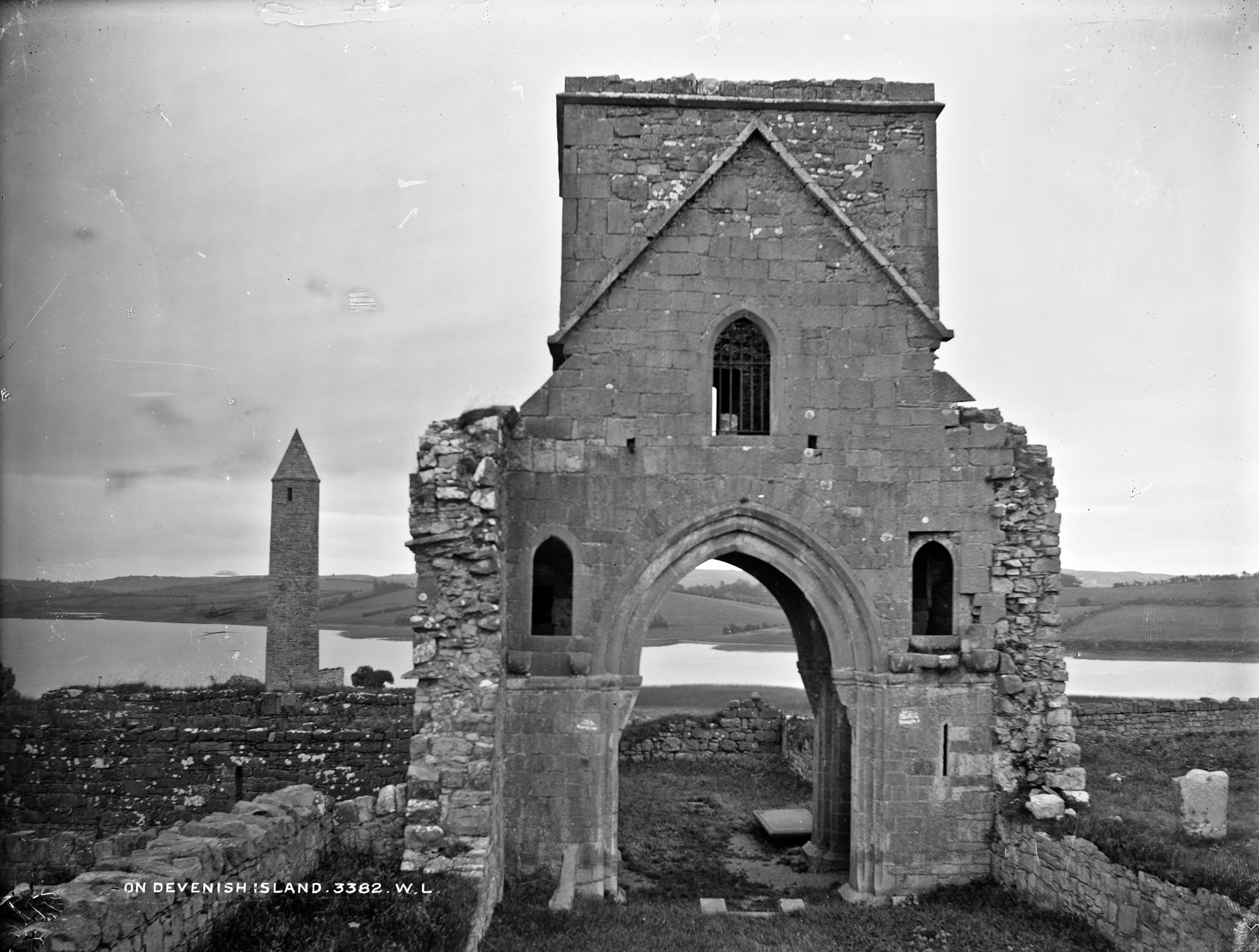 Try to find the date or year when this image was made.
Thanks for contributing!
This crisp image of ancient ruins on Devenish Island in Co. Fermanagh for Tower Thursday! That gable looked in good condition then, what does it look like now?

From Wikipedia:
Devenish or Devinish (from Irish: Daimhinis, meaning "ox island") is an island in Lower Lough Erne, County Fermanagh, Northern Ireland. Aligned roughly north–south, it is about one and a quarter miles long and two-thirds of a mile wide. The main place to catch a ferry to the island is at Trory Point, just outside Enniskillen. Devenish Island is owned by the Kilravock Christian Trust.

Devenish contains one of the finest monastic sites in Northern Ireland. A round tower thought to date from the 12th century is situated on the island, as are the walls of the Oratory of Saint Molaise who established the monastery in the 6th century, on a pilgrim route to Croagh Patrick in County Mayo. It became a centre of scholarship and although raided by Vikings in 837 and burned in 1157, it later flourished as the site of the parish church and St Mary's Augustinian Priory.