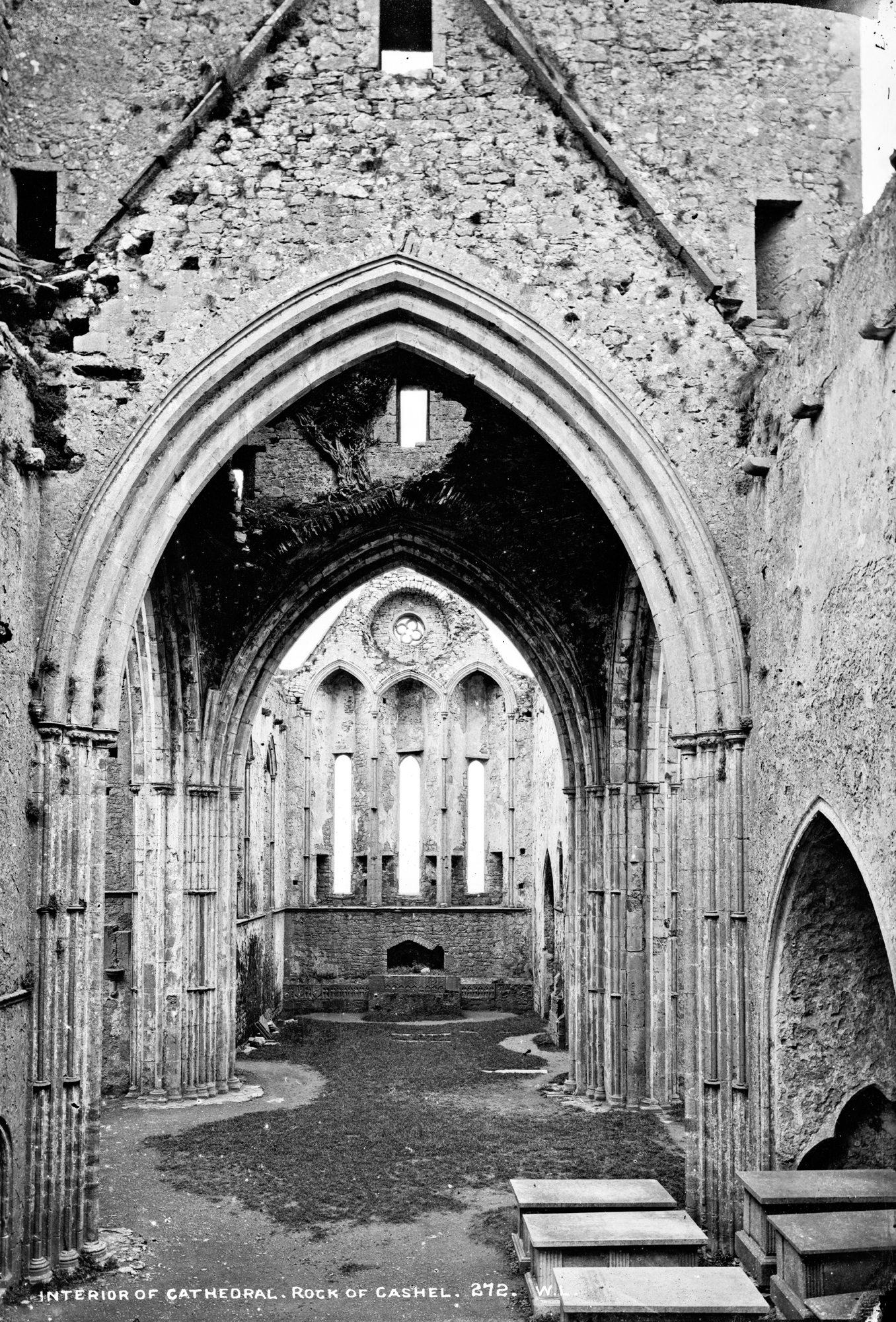 Try to find the date or year when this image was made.
Thanks for contributing!
...I know, I know. Someone in Library Towers was on the sauce last evening but it wasn't me :) Clearly this image is of the cathedral on the Rock of Cashel. How its label was transmogrified to become "Crawford's Burn Bridge and Waterfall" is a mystery. Then again the devil's race against Fionn MacCumhaill did begin up near the Burn and ended near Cashel(?)

Thanks to Rory_Sherlock and sharon.corbet for highlighting the vault repairs that were clearly undertaken in the 100+ years between our Lawrence shot, and this photosphere view from 2014.