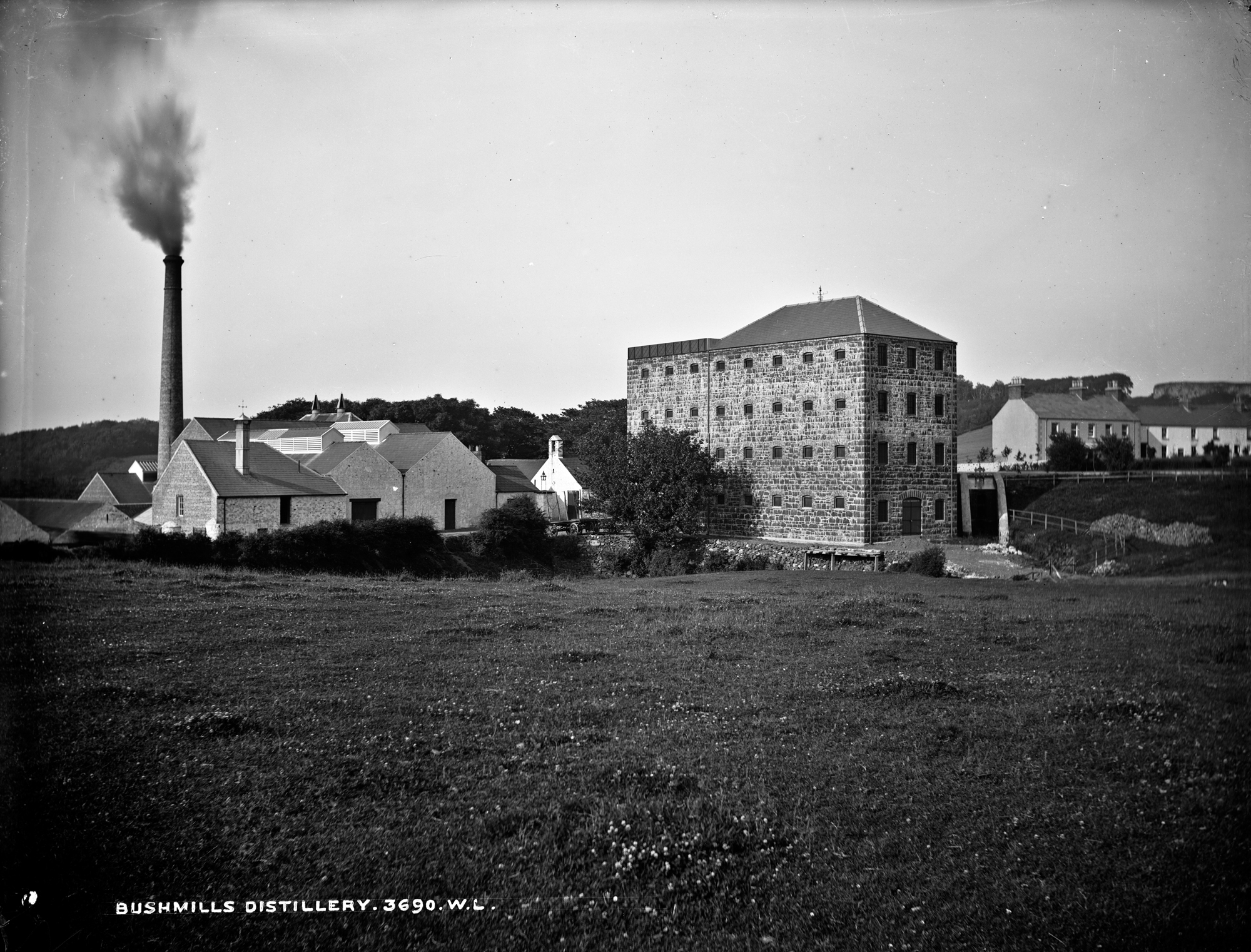 Try to find the date or year when this image was made.
Thanks for contributing!
A simple description for an old image of one of the Irelands and the worlds most famous distilleries! Bushmills! The name speaks for itself!

What a nice photograph to warm the heart on this very cold Spring day.

The company that originally built the distillery was formed in 1784, although the date 1608 is printed on the label of the brand – referring to an earlier date when a royal licence was granted to a local landowner to distil whiskey in the area. After various periods of closure in its subsequent history, the distillery has been in continuous operation since it was rebuilt after a fire in 1885.