Group of people near the place where Kevin Barry was captured 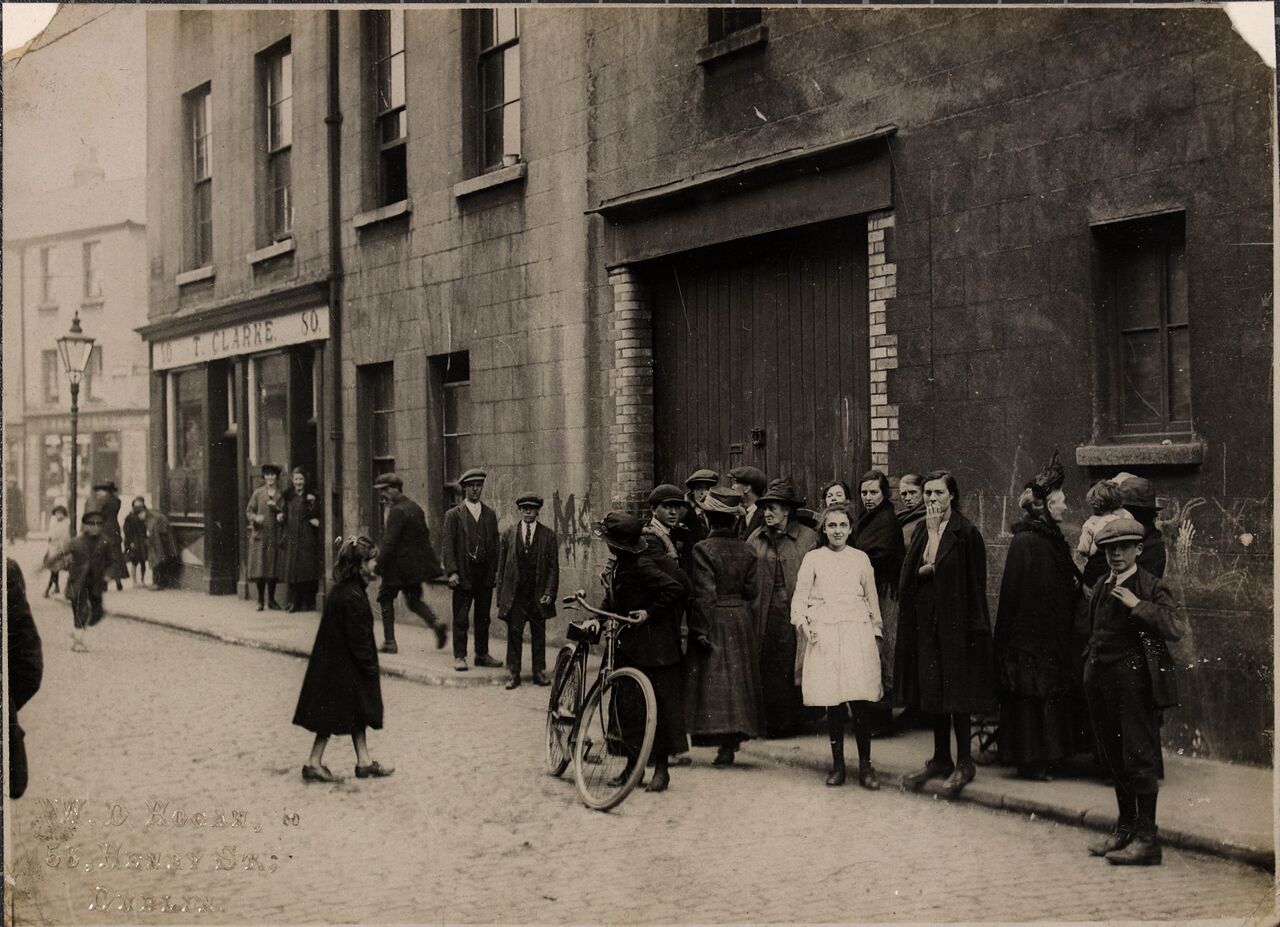 Try to find the date or year when this image was made.
Thanks for contributing!
Keven Barry was arrested on 20th September 1920, are we dealing with a contemporary photo or one taken after the event, the Catalogue date of 1921 would suggest the latter?

The general consensus is that this may have been taken some time after the events of 20 September 1920. Whether a few hours later, days later, or longer, the consensus is that more immediate contemporaneous photos (like this one) suggest a busier scene in the immediate aftermath. That this is the spot, on the corner of North King Street and Church Street, is confirmed however....