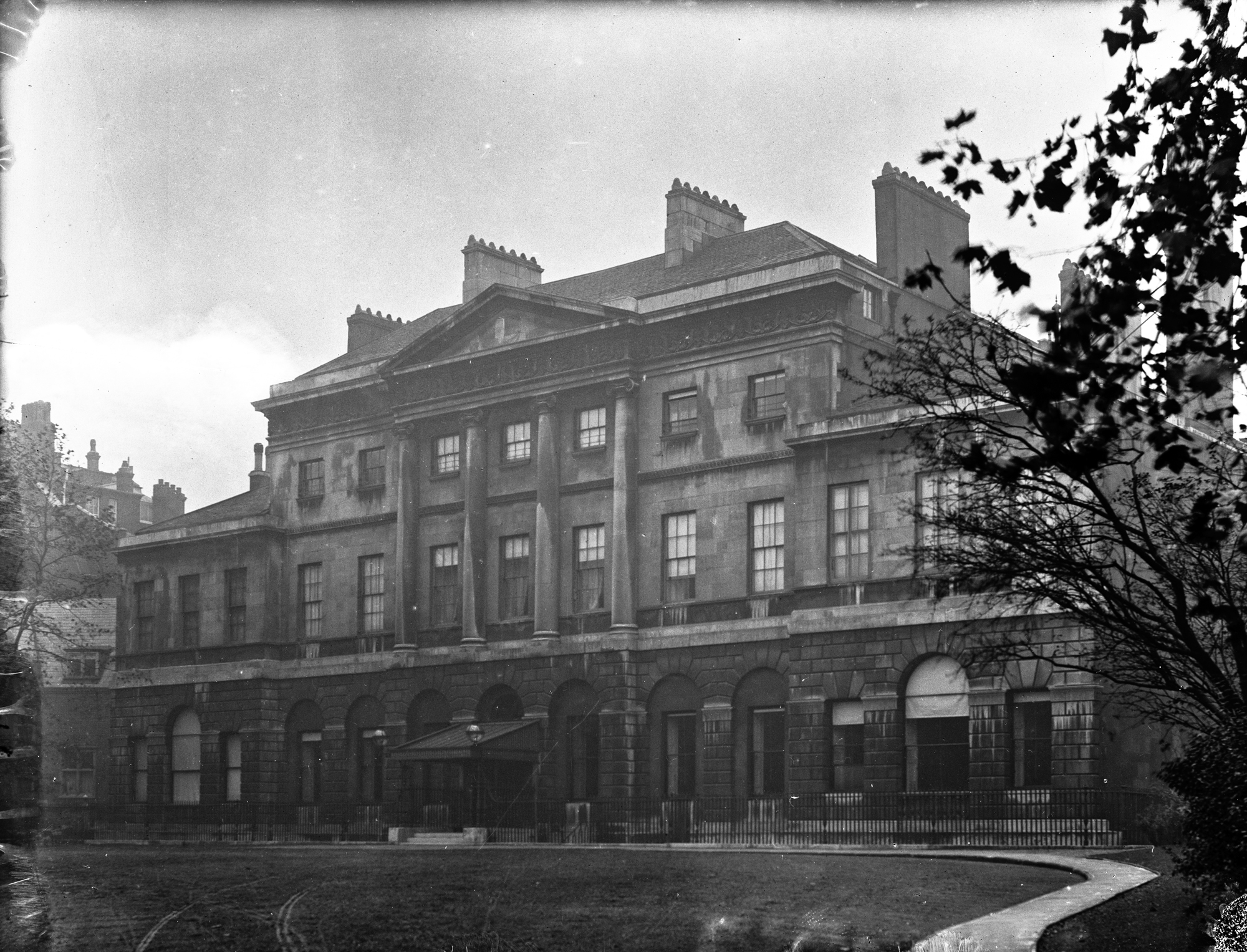 Try to find the date or year when this image was made.
Thanks for contributing!
A Poole Collection image from London no less with a fine building on "Berkley" Square in London.

With thanks to today's contributors we have confirmation that this is Lansdowne House off Berkeley Square. Home to several Prime Ministers, the house was demolished in sections through the early 20th century, with this capture likely before works in the mid-1920s. What remains today is used by the Lansdowne Club...