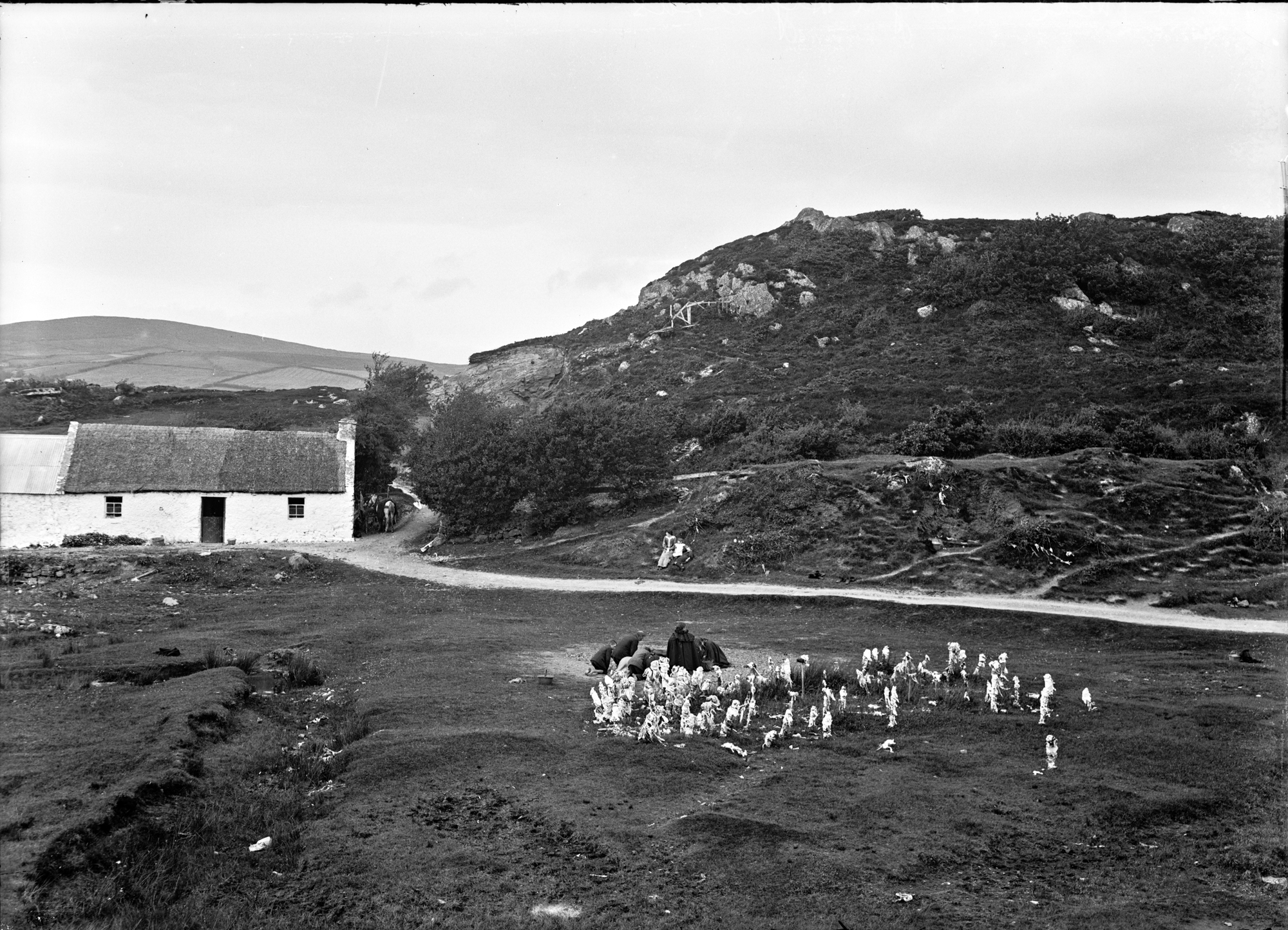 Try to find the date or year when this image was made.
Thanks for contributing!
Doon Well? This is one of many "Holy Wells" throughout Ireland with those strange items of clothing material on twigs and sticks nearby. This looks more like a Lawrence image to me, what do you think?

As B-59 points-out, we've visited this holy well before, but have a different angle here. This angle doesn't quite take in the nearby Rock of Doon, but does give us a view of some of the landmarks mentioned in the texts that Niall McAuley and ɹǝqɯoɔɥɔɐǝq have shared...