St. Patrick healing a sick man while the crowd stand by and marvel at his faith! 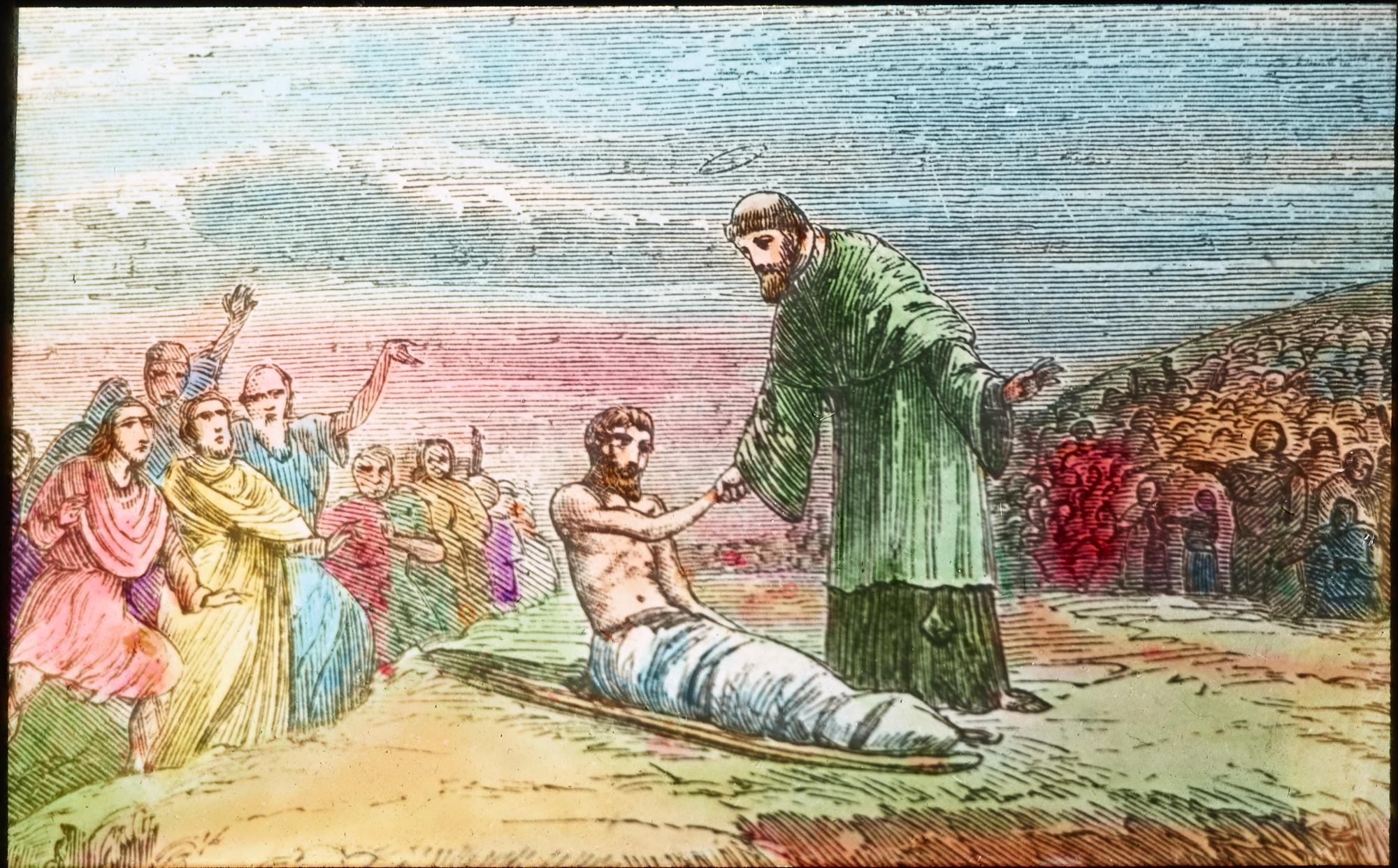 Try to find the date or year when this image was made.
Thanks for contributing!
According to the Confession of St. Patrick and other texts, St. Patrick was born in Wales and as a boy was captured by Irish raiders and taken to be a slave. Herding sheep on Slemish in modern Northern Ireland he eventually managed to make his way back home. He became a priest and was sent back to evangelise on the island of Ireland. He was so successful that the entire island was converted within 100 years of his arrival. Today 17 March, the feast day of St. Patrick, we, the three Marys and all at NLI, wish you a very happy St. Patricks Day and thank you for your support and company.