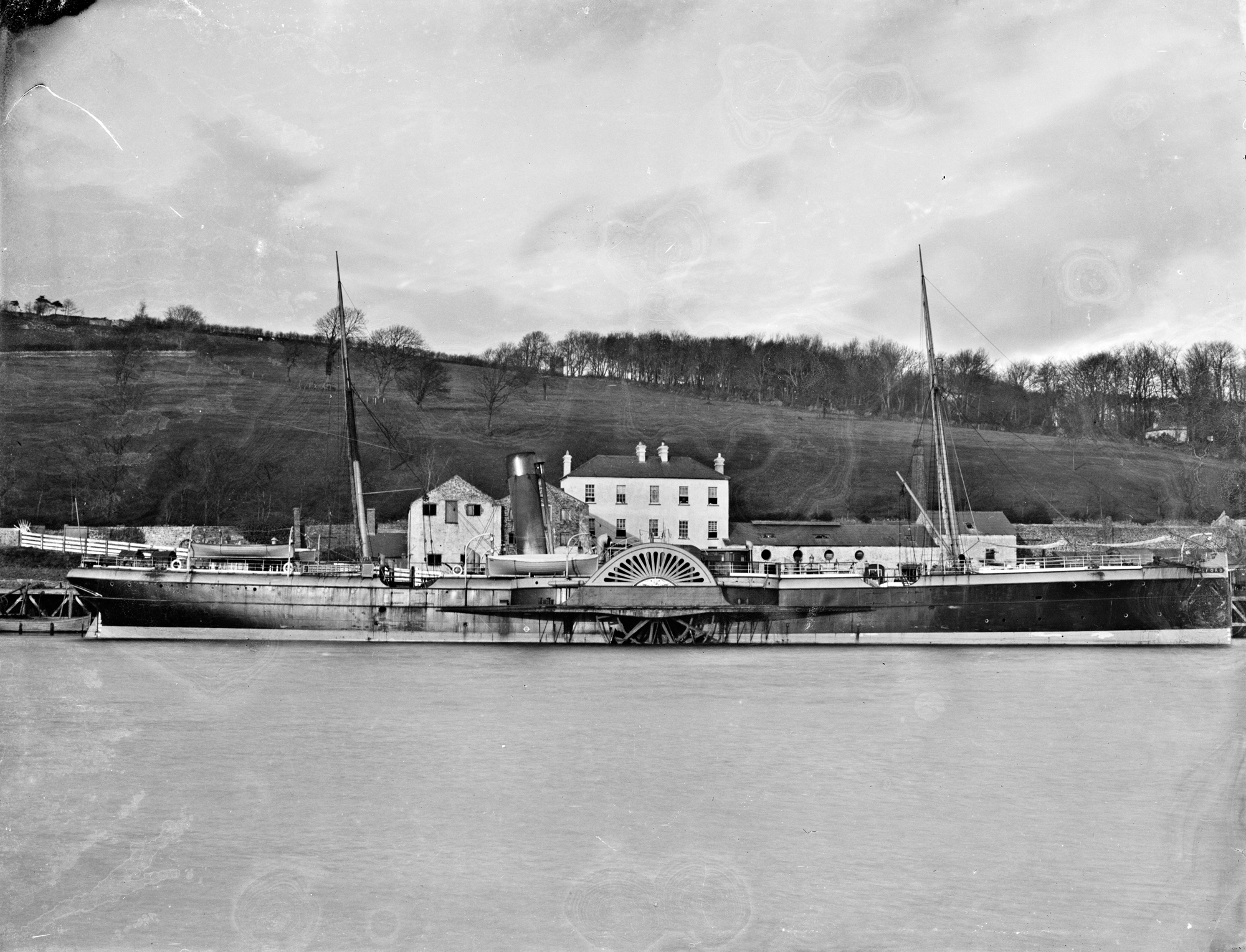 Try to find the date or year when this image was made.
Thanks for contributing!
This Great Western paddle steamer moored close to Waterford makes a fine Poole image to begin the week.

With thanks today to AndyBrii, sharon.corbet, O Mac, beachcomberaustralia and especially ofarrl, we have confirmation of subject, date, and a concrete location for this image. Specifically, it is understood that this is the paddle steamer PS Milford, which operated on the GWR's Milford Haven to Waterford route from 1874. It is pictured on the North Wharf of Waterford, close to Ferrybank - likely later in its career, prior to the ship being broken-up in 1901.