'Irish life' paying 'for the jaunt'. One woman and four men, with various hats. 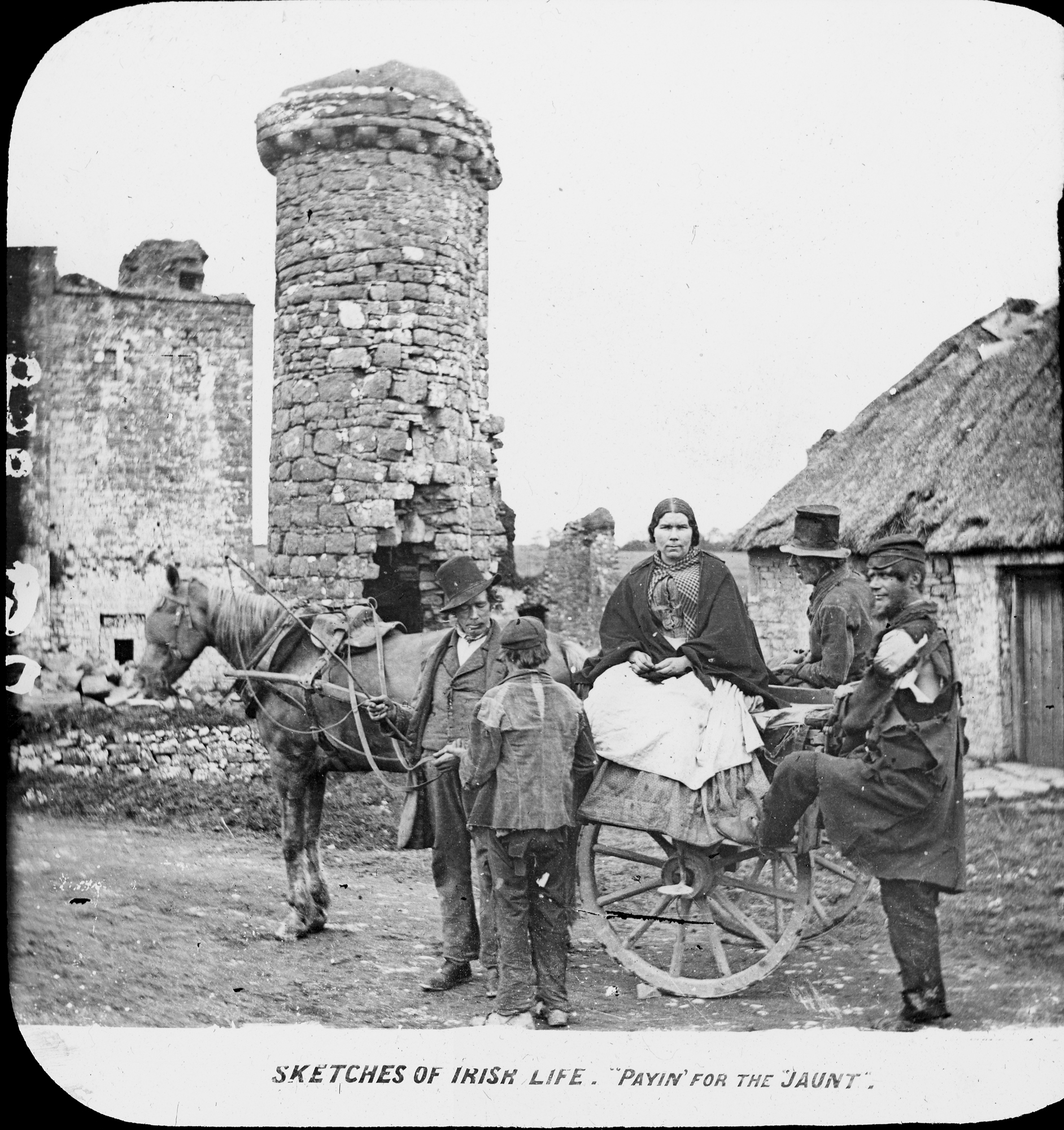 Try to find the date or year when this image was made.
Thanks for contributing!
For Friday we have a Mason shot with some ruins - the ruins of a tower and the ruins of a coat. I have a feeling that, though we may not have met the tower before, did we meet that coat?

While related catalogue entries suggested this was near Killarney, Derangedlemur provides fairly unequivocal evidence (corroborated by modern streetview) that this is taken by the Priory of St John the Baptist at Newtown Bridge, Trim, County Meath. Sharon.corbet points out that it was probably a copy of an earlier Stereo Pair image. And so it may predate the 1890-1910 range of the Mason collection. Clearly restored in the years since, the website of the Trim Chamber suggests that the small tower dominating the middleground was built later than the earlier 13th century Priory structures:
The small tower, which stands alone, a little to the south of the tower-house, originally protected the corner of a defensive enclosure built around the priory in the 15th or the 16th centuries