We finally got to Hollywood, hurrah! (Actually it is Holywood but nearly...) 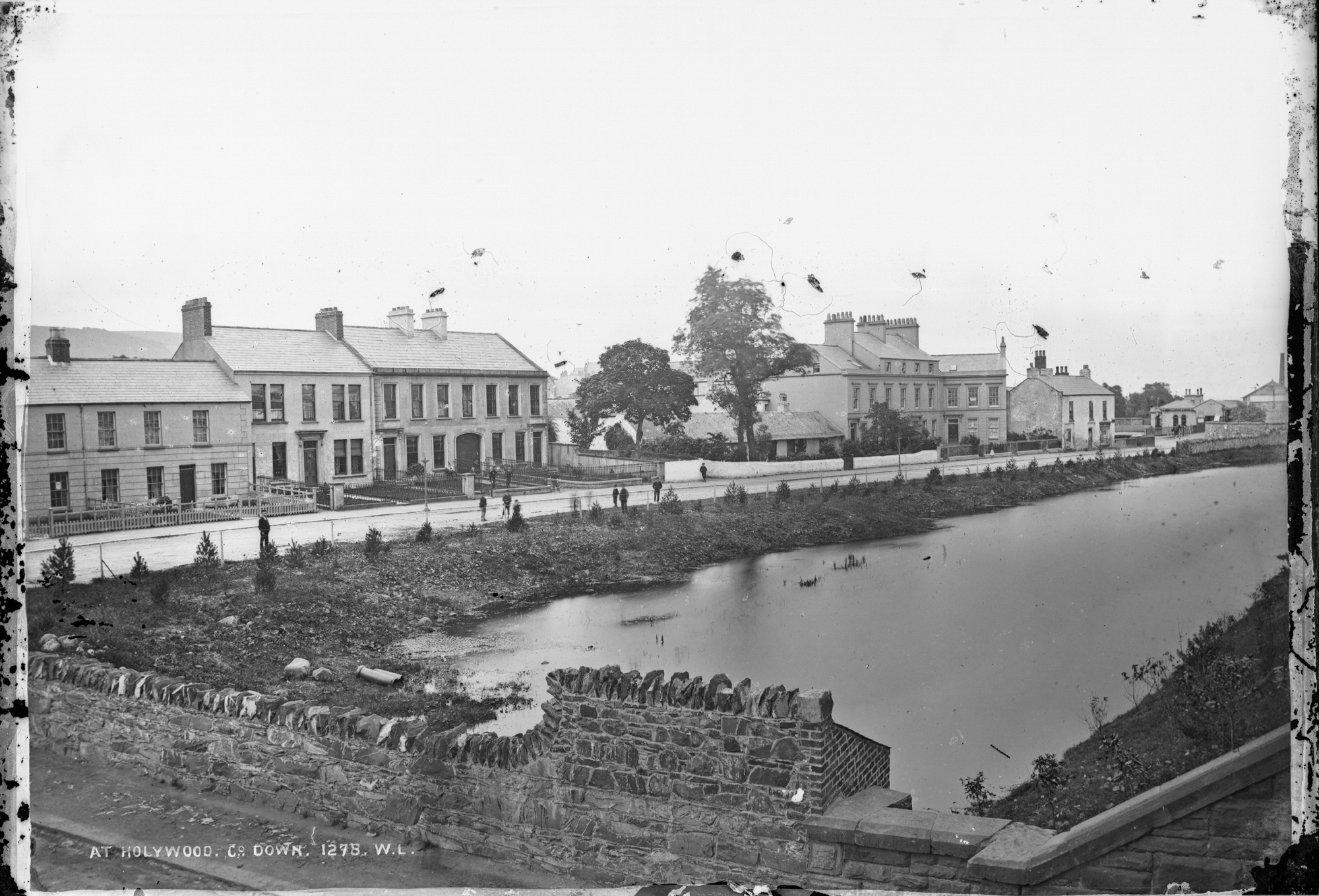 Try to find the date or year when this image was made.
Thanks for contributing!
Holywood, County Down is a great place to visit on this morning after the BAFTAs - given that they frequently indicate who might win the Oscars! Holywood looks pristine in this lovely cabinet sized shot. But how has it fared in the meantime?

Seemingly, in the meantime, much of the streetscape from this image has changed. In fact, without the church in the distance, and the wall in the right foreground, it may have been difficult to place. However, Niall McAuley has suggested(with corroberation from others) that this image is taken from under the railway arch on Holywood's Esplanade. The houses pictured, at Marine Parade, are all but gone. Even the lagoon which takes up much of this picture was filled-in and built-over. Only the spire (or indeed the lack of one) on the distant church helps with dating - suggesting that this image was taken after the church of St Colmcille was built (1872-1874) but before its spire was added (1888-1890)....