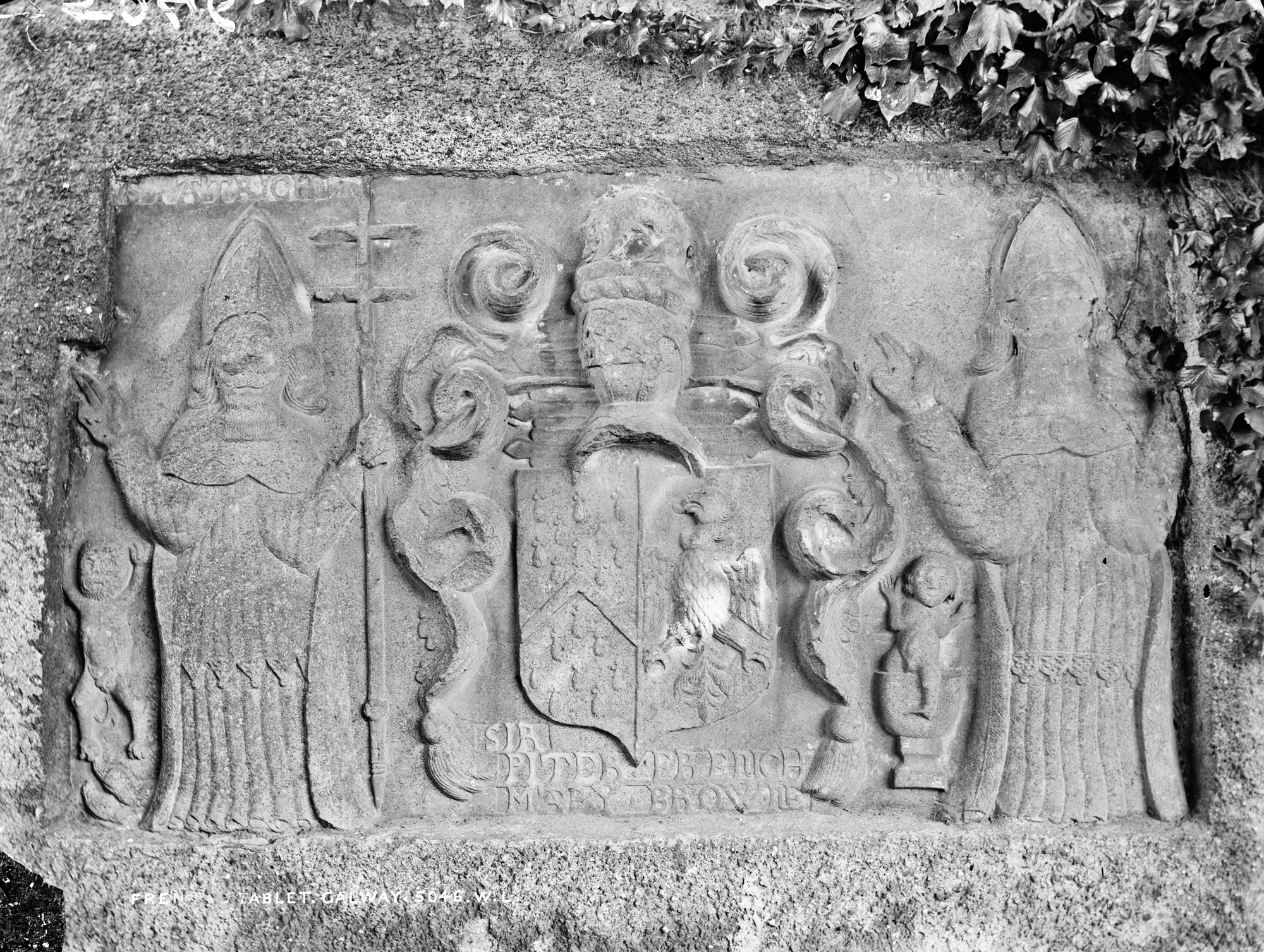 Try to find the date or year when this image was made.
Thanks for contributing!
Labelled in the catalogue as "Abbey Trench's Tablet, Galway City, Co. Galway", this is the kind of detail that Morning Mary loves to find and shoot herself - so really looking forward to finding out more about the Tablet and Abbey Trench (whoever he was?).

Very quickly we learned that the catalogue transcription was likely an error, and that this is not "Trench's Tablet", but "French's Tablet" (in more ways than one). Likely photographed by Robert French in the late-19th or early-20th century, this engraving is part of what remains of the 17th century tomb of the family of Peter French (d.1630s) and his wife Mary Browne. With thanks to sharon.corbet and O Mac we learned that the tomb was destroyed by Cromwellian forces in the mid-17th century. But parts of it incorporated into the walls of the Franciscan Abbey at Francis Street in Galway during the late-18th century. Our intrepid roving reporter O Mac went and captured a "today" shot of the same plaque - confirming that it is still in place. Although with the detail more weathered since French's shot 100+ years prior....