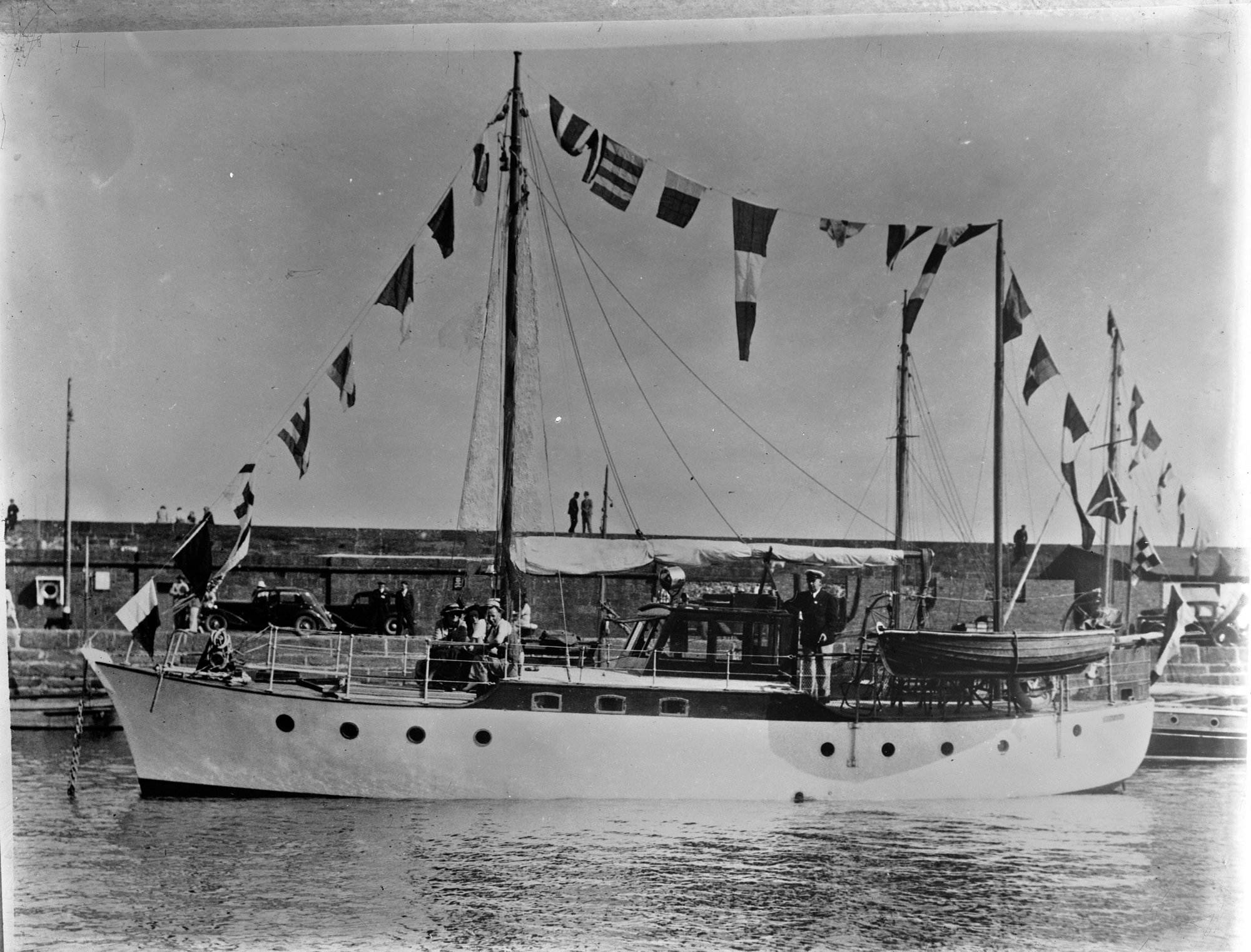 Try to find the date or year when this image was made.
Thanks for contributing!
A fine days sailing in the offing with a fine yacht decked out with bunting and flags. Given that it was during the Emergency it seems a bit 'off' but I'm sure life went on!

We did not discover much about the Yacht. The intrepid derangedlemur identified the location as Dunmore East Co. Waterford.

We did learn a little about Mr Stanley Lyon (not Lyons as per our description). He was a statistician and worked for the Government. He was appointed Head of Statistics and Director of Statistics in 1930 and he held that position until 1947. He was responsible for managing the 1946 Census.

Date: though labelled as c.2 January 1943 is very unlikely to be January